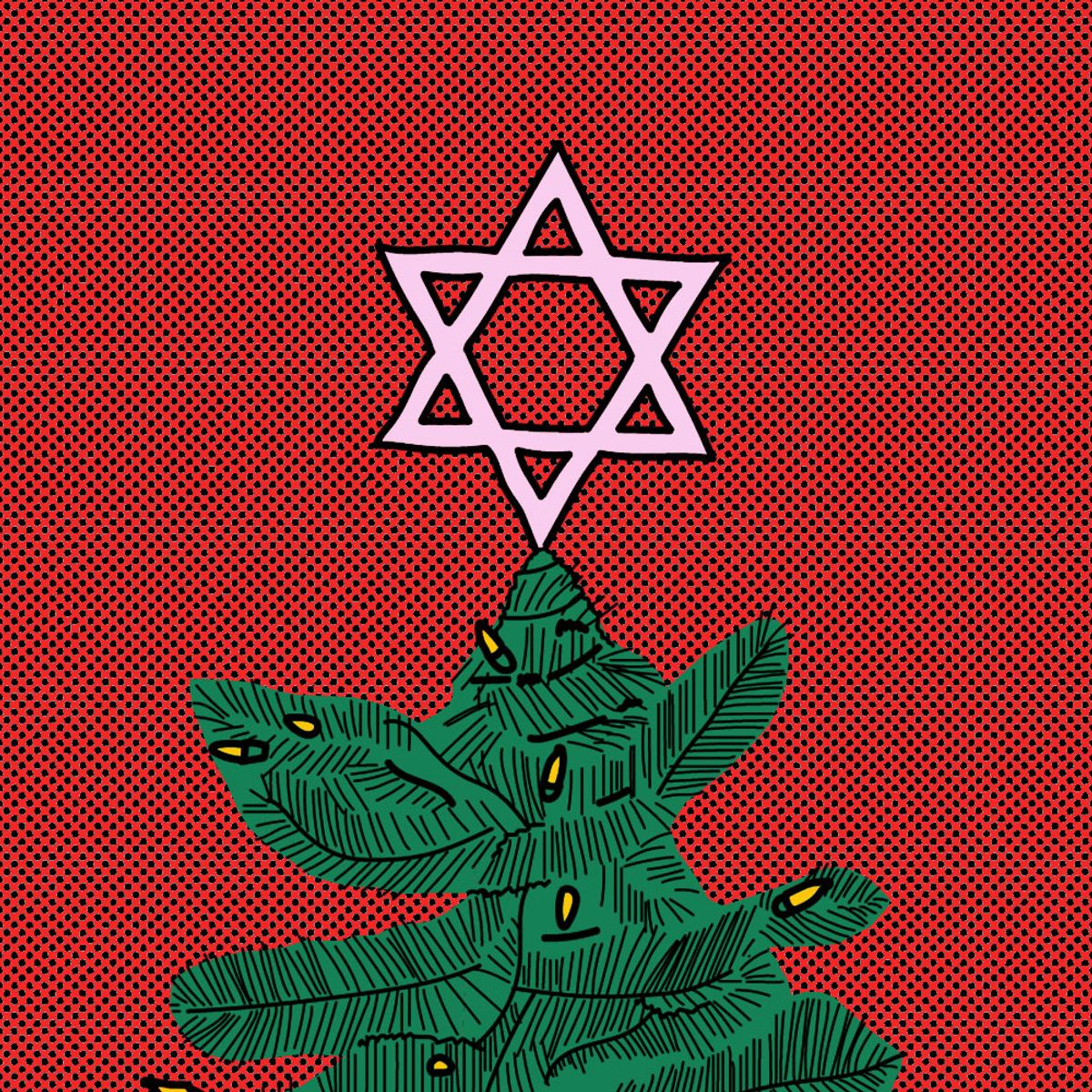 Why the rabbi’s daughter has a Christmas tree

When I was about 7 or 8 years old, I wanted a Christmas tree so much that when I found one tossed by the curb in late December, I dragged it home. I was still young enough to believe that it was finances, not faith, that had kept Mom and Dad from buying us a tree.

â€œWe are Jews,â€ they reminded me. â€œThe Jews don’t have Christmas trees. And it wouldn’t look good for the rabbi to have a Christmas tree in a house that belongs to the temple.

This conversation took place on the porch. I wasn’t allowed in until I dragged the tree down the street to where I found it, because it wouldn’t look good either. to have an abandoned Christmas tree outside the temple house.

The following year I found a workaround that involved my menagerie of Schleich animals and plastic trees, which I organized as if it were an exhibit at the Museum of Natural History. . I borrowed a few shiny dime-sized balls from my Catholic best friend. For the garlands I used dental floss, or maybe it was floss. Mom and Dad didn’t notice it, which means I could have a Christmas tree forever.

It didn’t occur to me that a day would come when I wouldn’t want a Christmas tree, that I would find the idea as bad as my parents. I remember the exact moment this happened: Mom, sister, and I were visiting wealthy temple members – I’ll call them the Tannenbaums – for afternoon tea during Chanukah. Prominently in Tannenbaum’s living room was an artificial table tree, a white, fluffy, hairy fire hazard sporting shiny ball ornaments surprisingly similar to the miniature molded plastic tree atop my bookcase.

A Christmas tree has no place in a Jewish house.

If I had known that even Theodor Herzl had a Christmas tree, I would have stood up for the Tannenbaums (and myself) by explaining to Mom that many wealthy German Jews who had been in the United States for generations had embraced the tradition. , as more recently desperate earthlings had done. But I was decades away from that knowledge, and the contempt in Mum’s voice made me ashamed so deeply that the first thing I did when I got home was strip the Schleich and take the oath. never to have a tree in my house again.

Even after falling in love with a non-Jewish man, I maintained my no-tree policy. As with any marriage, interfaith or otherwise, Dave and I made compromises. For me, the most important thing was agreeing to raise our children in my hometown: Edmonton, thousands of miles away and on the border of the tight-knit Jewish community where I grew up in New State. York. Dave agreed that we didn’t need to have a Christmas tree as long as we lived in Edmonton and could celebrate with his parents, in the house where he grew up. We closed the deal shortly before our wedding in 1992.

It never occurred to me that when we had children they considered Christmas their holiday. At home, we observed Jewish holidays. On Shabbat, we lit candles and blessed the wine and the house challah. I took Elizabeth and Noah to Shabbat services and to Hebrew school, and both had b’nai mitzvah ceremonies. The only time they went to church was when my mother-in-law enrolled them in a one-week day camp for a year while they were in elementary school.

Dave is not religious but he loves to celebrate Christmas and he wanted to share his favorite moments of the holidays with his children. When Elizabeth and Noah were young, he helped them write a letter to Santa Claus every year. They left it on a tray by the fireplace, with cookies and milk. After tucking the kids in, Dave would hide his handwriting and leave a letter next to the empty plate and glass, where Elizabeth and Noah would find her on Christmas morning before going to their grandparents for brunch and gifts. .

I don’t remember the first time Elizabeth asked why we couldn’t have a tree, only that she was young enough to be satisfied when I pointed out that we were Jews and that Grandma and Grandpa father had a tree and depended on her and her brother to help decorate.

As she entered her late teens and twenties, this response became less acceptable.

â€œThis is also my home,â€ she said, but Dave and I held on: as long as we could celebrate Christmas with his parents, we wouldn’t have a tree.

Yet every now and then he would comment that a Christmas tree was a pagan symbol, that it was not at all religious, that many people who did not celebrate the holiday had trees.

â€œIt’s called a Christmas tree,â€ I reminded him, and that would end the discussion.

At the start of our marriage, I couldn’t or didn’t want to see far enough into the future until a time when we wouldn’t have Christmas at her parents’ house. COVID-19 has changed that. Our province of Alberta went into lockdown on December 8, 2020. No gatherings inside were allowed. Children couldn’t go to their grandparents to decorate a tree, let alone open presents at brunch on Christmas morning. For the first time in our wedding, we would be alone for the holidays.

Instead of trying to imagine a Christmas tree in my living room, I tried to imagine what it would be like if I couldn’t observe my vacation in my house, if I couldn’t light Shabbat candles, invite friends over for Rosh Hashanah dinner, host a Seder, decorate the house for Chanukah. It wouldn’t be like home.

That’s why, when Elizabeth insisted shortly after the lockdown announcement that we had to have a Christmas tree, I didn’t say no.

I figured my hostility was a function of my fear of being left to care and feed the tree, which isn’t that far-fetched considering Dave, a biochemist, is so engrossed in his research. that household chores inevitably fall on me. But he surprised me: not only did he and Elizabeth order a tree, they put it up and he took it down before mid-January.

Having a tree in the living room was confusing. Dave and Elizabeth put it on stage in front of the picture window. I thought about hanging up a â€œThis is a Jewish houseâ€ sign, in case anyone is confused when they see the tree coexisting with the mezuzah on the front door and the Hanukkah sticker on the window. I considered explaining that the tree was not my idea. But in the end, I realized that the only person troubled by the juxtaposition was me.

I intend to be more gracious this year. I still don’t believe a Christmas tree is a pagan symbol, nor do I think it belongs to a Jewish household. But after 29 years of marriage, I am ready to admit that ours is not a Jewish house: it is a house where one of the inhabitants is Jewish and the other is not. And these people love and respect each other. And when you love and respect someone, it’s great when they kiss what you are kissing. For 29 years Dave has embraced my vacation. Now is the time for me to kiss hers at home.

10 places for the best steak hoagie in WNY

The 10 best no-bake cookies the internet has to offer