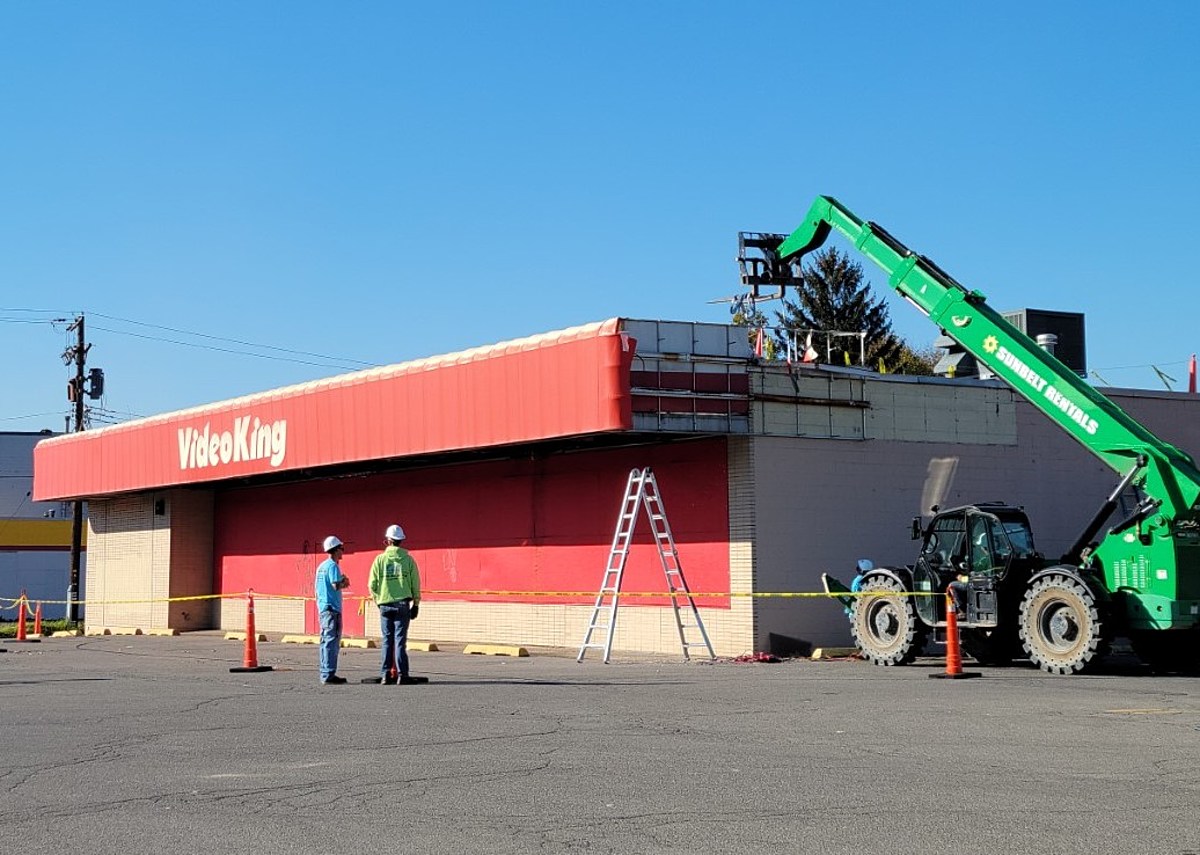 Some residents of the East Side of Binghamton noticed workers were busy at a site once occupied by a Dick’s Sporting Goods store.

The building at 345 Court Street was recently used by Video King. It was built in 1960 for use by Dick’s Sporting Goods until the store moved to a nearby site in the 1980s.

Drivers on Court Street and people living nearby were curious about the sudden activity in the unused boarded up building over the past few weeks.

The property still belongs to Stack Associates LLC, controlled by the family of Richard Stack, who started Dick’s Sporting Goods in Binghamton in 1948.

A representative of the owners said no new uses are planned for the old store building on Court and Oliver Streets at this time.

The representative said the roof was leaking and needed to be replaced. Some improvements have been made to the interior of the building and the exterior has been repainted.