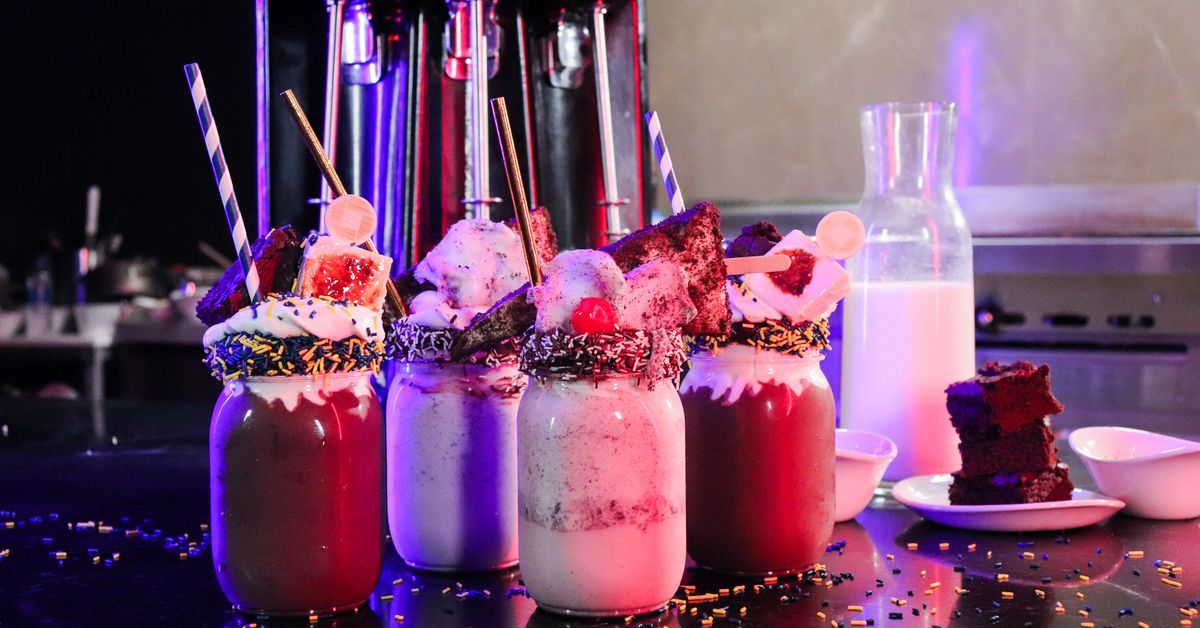 Chase Center is refueling for a big crash, with the Warriors announcing their first home game of the preseason tomorrow, October 6, and their first home game of the regular season in a few weeks on October 21. As usual, SF sports fans and concert goers are going to arrive hungry and expect more than soggy nachos and hot beer. Chase Center, the new home of the Warriors, was a massive new opening in fall 2019, debuting at dozens of restaurants inside and outside of Mission Bay’s new stadium, from fried chicken sandwiches with colorful dumplings and tender tamales. Almost all of them are returning this fall, along with a new dessert bar and wine bar debuting inside the arena, and a new luxury steakhouse that has just landed outside the stadium. Here’s what’s new and delicious at the Chase Center this season.

Inside the Chase Center stadium

wine splash is now the first dedicated wine bar within the stadium, serving booths from Silver Oak and bubbles from Moet & Chandon, as well as charcuterie and sushi boards. It further proves that you can actually get a really great glass of wine at the Chase Center, from the list of over 100 different options, from canned rosés in the cheap seats to thousand dollar bottles stocking the exclusive wineries (Superior Club from the Legends of Budweiser).

Wings and woks is the new winged bar from new culinary director Chad Neuman, who already replaced the Dumpling Time counter inside the stadium earlier this year (don’t worry, the eternally popular Dumpling Time still has a full restaurant in Thrive City. ). Neuman signed on this spring, and he’s a native of Puerto Rico, before cooking all over the world for Ritz-Carlton hotels. So Wings & Woks offers naughty adobo chicken wings (upper hall level 600, Budweiser Club level 300).

Along with these new restaurants, there are also 50 new dishes throughout the stadium, from a new shrimp and sausage broth from Boug Cali to the new vegan lumpia at Sarap Shop, and they are doubling more vegan options overall. And there are also seven new cocktails, including a spicy pineapple margarita. Check out these new gold menu items below.

Miller & Lux is the highly anticipated and luxurious new steakhouse from celebrity chef Tyler Florence, which finally opened on September 28, as reported by the SF Chronicle. The Chron says it’s a generous 7,000 square feet and 147 seats, all designed by famed designer Ken Fulk in a Mid-Century style with tan leather cabins and gold trim. Diners can feast on Black Angus steaks dry-aged for 45 days, while salad and dessert carts roam the dining room with Caesar salads and éclairs (700 Terry A Francois Blvd).

Also in Thrive City, the name of this area just outside the stadium, Miller & Lux joins the new locations of Gott’s Roadside which brought in burgers and shakes in September 2021 (1 Warriors Way) and Harmonic Brewing which added pizza and beer in May 2021 (7 Warriors Way, Suite 206), as well as Dumpling Time which has been throwing juicy XLB since January 2020 (191 Warriors Way, Suite 101).

Your little ghosts and elves will love these Halloween cookies