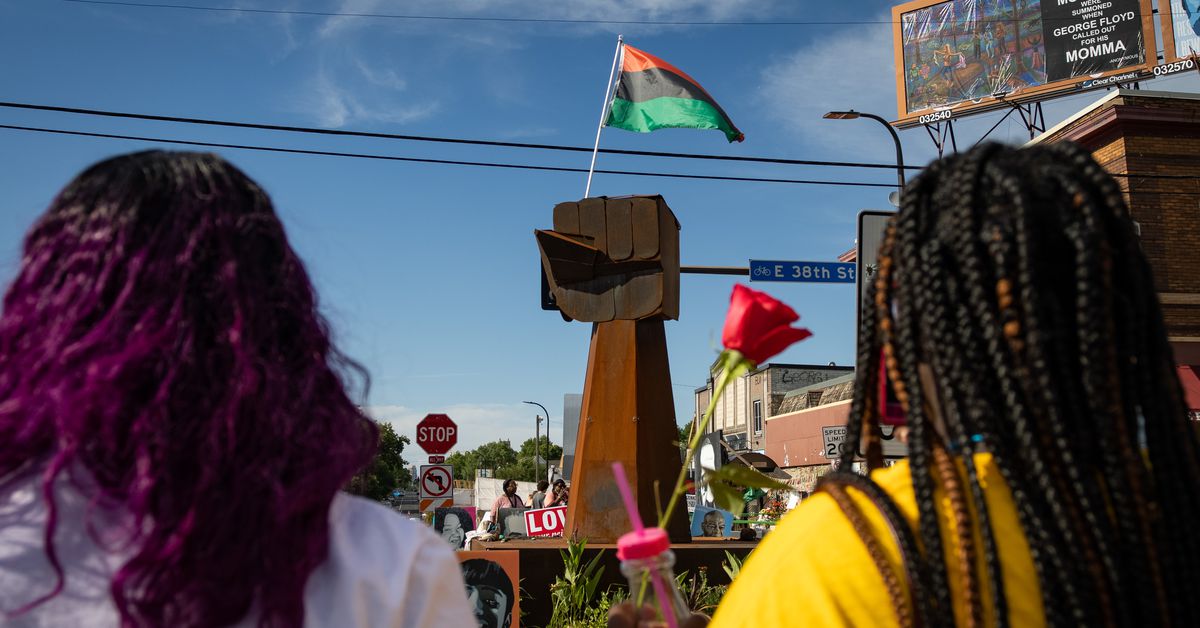 This weekend, a series of events celebrating Juneteenth — the holiday that commemorates the emancipation of enslaved black people in the United States at the end of the Civil War — are taking place in Minneapolis and St. Paul. June 19 became a federal holiday in 2021, when President Biden signed legislation do so. But it’s actually began on June 19, 1865, when a Union general arrived in Galveston, Texas to tell the African Americans enslaved there that the Civil War was over and they were free from slavery. (President Abraham Lincoln’s Emancipation Proclamation had been issued more than two years earlier, in 1863.) Juneteenth has Other names, also, as “Freedom Day” and “Emancipation Day”. It has been celebrated in black communities since the end of the 19th century – and after nationwide protests for racial justice as the summer of 2020 sparked even greater interest in the holidays, celebrations across the country continue to grow.

The same goes for Minneapolis and St. Paul: this weekend, all kinds of June 19 celebrations are taking place in the cities. This guide highlights events where local restaurants and food trucks will be present — from movie screenings in Minneapolis public parks to block parties (and mini-carnivals, no less) on West Broadway. Here’s where to find deep-fried pound cake, Afro-Italian fusion dishes, specialty punches, smothered pork chops and more during the Twin Cities’ June 19 celebrations.

The Minneapolis Parks and Recreation Board hosts several Events of June 19 during the weekend. On Friday, June 17, meet Harrisson Park from 5:30 p.m. to 7:30 p.m. for an evening of dancing, entertainment, music and scoops of I Scream Ice Cream. Also on Friday, Creekview Park is hosting a screening of the film The summer of the soul, accompanied by a smoked and crispy barbecue of Ralph’s Rib Cradle from 6 p.m. to 8 p.m. On Saturday June 18, vendors Rollin Nolen’s BBQ and House of Refuge – the latter serving fish, chicken and chips – will be parked at Bethune Park from noon to 6 p.m., for a day of performances by local artists, children’s activities, vendors and exhibits.

The YMCAs hosts a June 16 party at St. Paul’s Boyd Park on Saturdays from 3 p.m. to 7 p.m. Come hear music from artists like Jearlyn Steel, Thomasina Petrus and Beverly Cottman, plus an array of vendors and a COVID vaccination and booster clinic. For the food, the Y has reserved The Kitchen – The Turkey Chop House (cheeseburgers, catfish and turkey chops with fries), Nani’s sweets (fried pound cake), D’s kitchen (Vietnamese dishes like spring rolls, fried dumplings and fried rice) and 9-Yum-Yum (frozen treats).

Saturday from 12 p.m. to 6 p.m., the University of Minnesota welcomes its very first June 16 party. The day begins with a memorial parade from Willard Park to the Robert J. Jones Urban Research and Outreach-Engagement Center on Plymouth Avenue – from there a block party featuring roller skating, DJs, performance artists, books, free haircuts, vendors, teachers. ins, speeches, storytelling sessions, murals and artistic creation will ensue. As for gastronomy, Sammy McDowell of Sammy Avenue Restaurant will be there to serve its iconic clubs and subs, and Nashville Cooperative, the popular fried chicken spot that launched during the pandemic, will feature devilishly spicy Nashville-style hot chicken. Be sure to stop by Jambo Africa (serving dishes like oxtail, chicken with plantains and samosas) and save room for vegan double chocolate cookies, S’mores cookies, chai snickerdoodles and gluten-free dark chocolate caramel oatmeal cookies from Calm Bakery for Cats.

Also on Saturday, Comforting Sweet Potato Pie presents his second annual pie baking, with local notables like Lutunji Abram, Gary Hines, Angela Rose Myers Moles and others as judges. On Lake Street, a day of storytelling with Aunt Beverly, percussion and music at Midtown World Market June 16 party is a great reason to grab some food from one of MGM’s many fantastic food vendors. Stop by and say hello to the people of Slice, the first black-owned pizzeria in Minneapolis, as they set up their new restaurant there. There are also June 16 celebrations with great food in the suburbs: Le cave cafe will serve its Afro-Italian fusion cuisine (think lamb tibsie, steak wraps and vegetarian curry) at June 16 Celebration in Burnsville Saturday. For more events in the metropolitan area, check out The WCCO roundup — and don’t miss the sumptuous peach cobbler (both buttery and vegan) from Lutunji Palace Bakery at Edina’s first June 16 celebration Sunday, June 19.

The West Broadway Block Party hosted by BOB Rewards Club — a marketing company and database for Black-owned businesses — is set to be one of the Twin Cities’ biggest June 19 celebrations. The event kicks off on the morning of Sunday, June 19 with a Father’s Day brunch prepared by food vendors: stop by for classic breakfast items like sausages, eggs, hash browns, pancakes and waffles. The rest of the day, West Broadway’s array of food is stacked: Mama Sheila’s Soul Houseknown and loved for its buffet of fried chicken, meatloaf, candied yams, black-eyed peas and other southern-style staples, makes a solid spread of soul food. House of Refugea local church specializing in cooking, serving baskets of catfish and chicken, and at mama rose makes homestyle soul food like smothered pork chops and gravy.

The Rondo Center for various expressions hosts a June 16 party in the historic heart of the black community of St. Paul on Sunday, June 19 from 12 p.m. to 6 p.m. There will be a keynote address from CNN analyst Laura Coates, information booths and exhibits from the MN Science Museum, an awards ceremony, and music, dance and spoken word performances. Owned by Rondo Logan’s Catfish will be there to serve fried catfish, and the St. Paul College Culinary Program will be selling red velvet cupcakes.