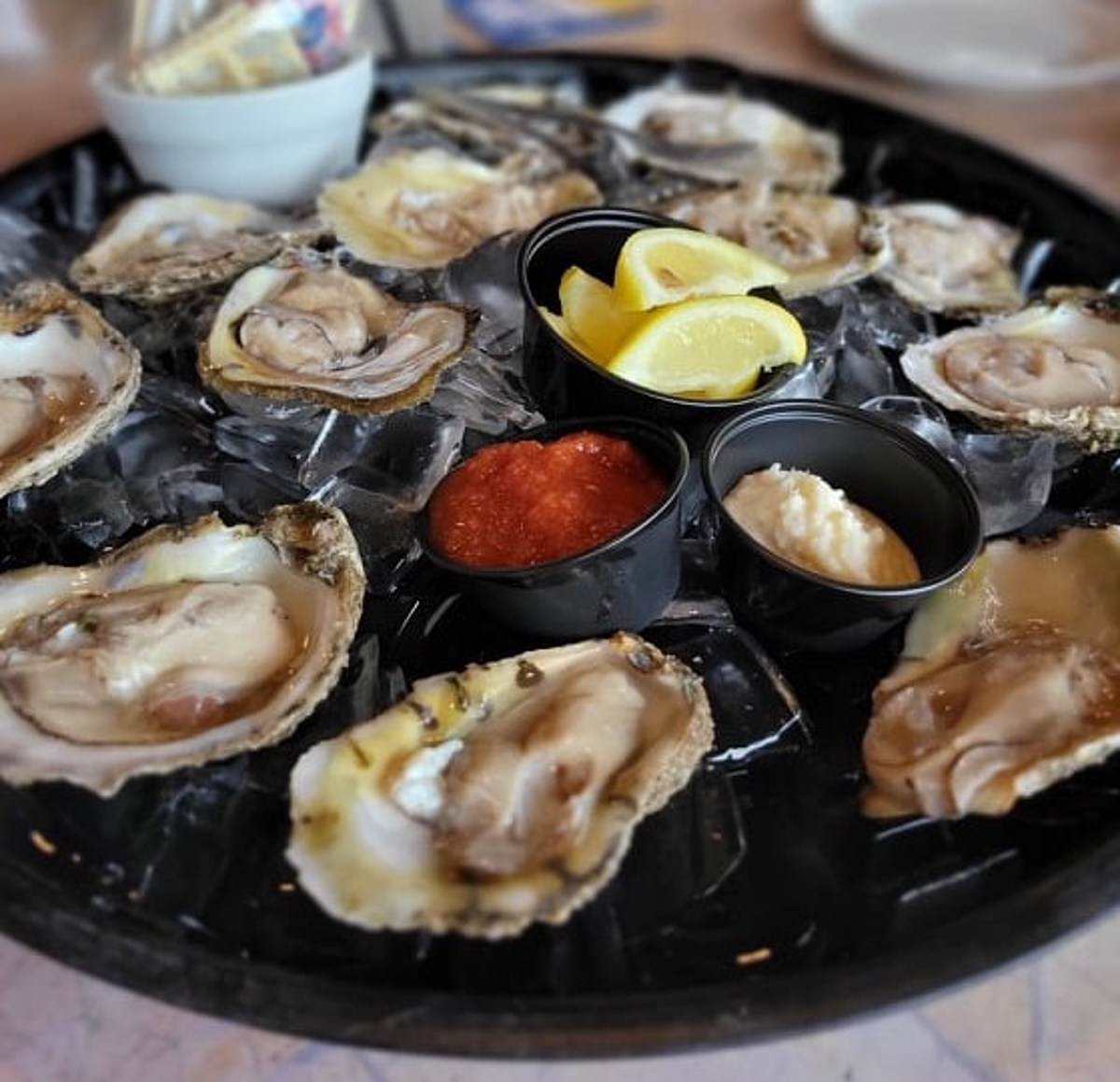 What is a food that you thought was gross but still tried?

I was exposed to oysters very young. I don’t mean to say I’ve ever eaten one, however. One of the traditions in the Brainard household growing up was to eat homemade oyster stew on Christmas Eve. I don’t know where the recipe came from, but I guess some of you had it growing up too. I never ate oysters, luckily my parents agreed with my brother and I just ate the broth. Hey put some crackers in it and it was really good! While on vacation in Florida, we ate at a nice restaurant and Holly decided to order an appetizer. Fresh oysters.

As you can see in the photo above, oysters aren’t the most appetizing form of seafood to look at. Also, I have a real problem with “sticky” foods. This is one of the reasons I hate mushrooms. But oysters take it to a whole new level! We ordered a dozen fresh oysters for our table, and the reaction was what you might imagine. The children were disgusted, especially the girls. No way to try that! Chase was curious and would give in later. Holly’s aunt was a fan and showed us how to eat them from the shell or on a cracker.

This is the road I took. I used a teaspoon to slide the oyster onto a cracker. Then I covered it with a cocktail sauce, a little lemon juice and just a little horseradish. The result? Something that had a coarse texture, but a taste that I could tolerate. I had two in fact! Chase also had a few. It was definitely something outside of my usual food choices, but hey … it’s the holidays! What better time to try something new?