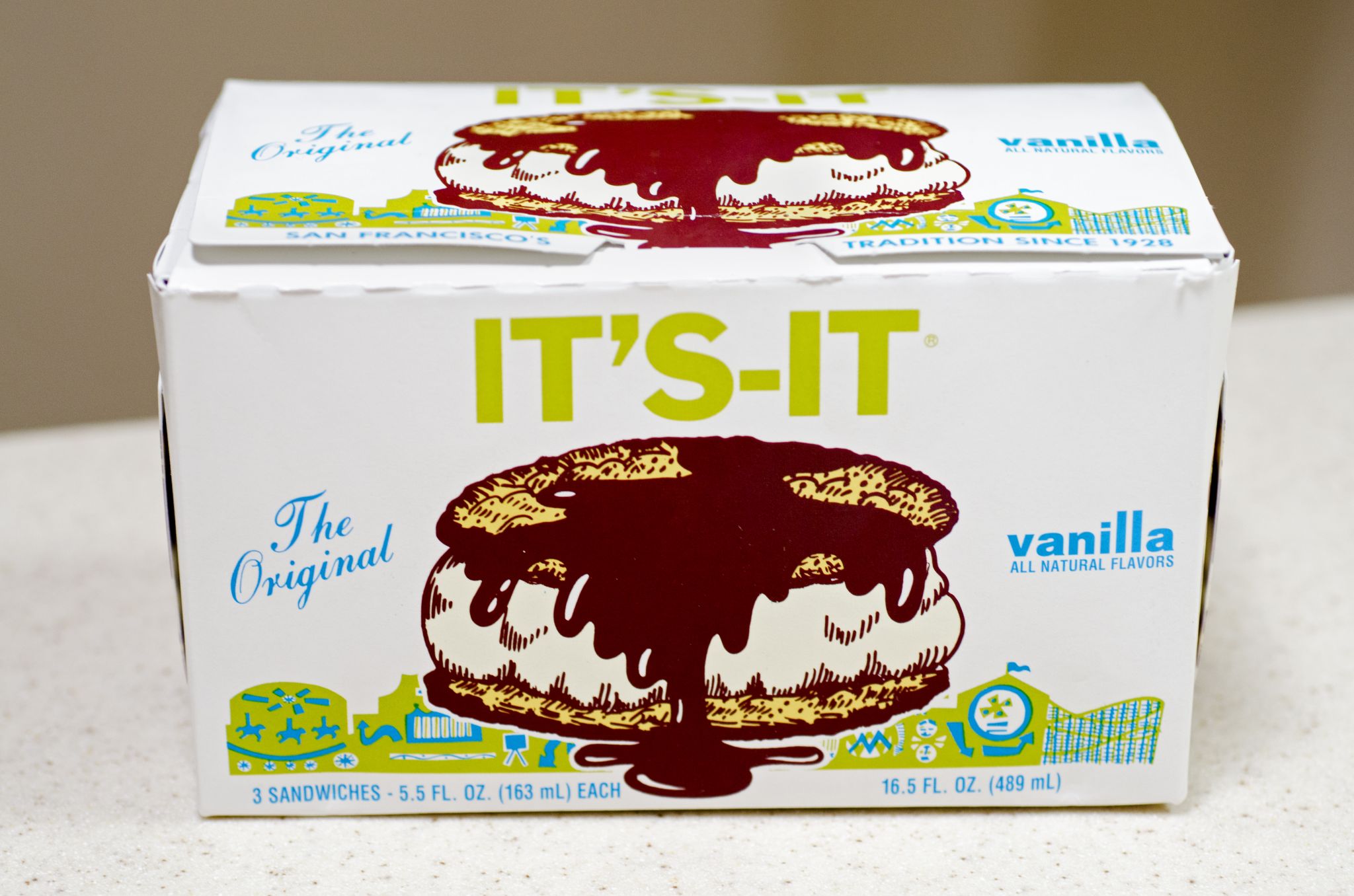 I regret to inform you that today I committed crimes against an It’s-It.

Yes, an It’s-It, that beautiful little ice cream sandwich dipped in chocolate that we San Franciscans adore, the pride and joy of our region. And it was because of something stupid that I read on the internet.

“How do you eat your ‘That’s it’? Â»Began a Reddit thread I was unlucky to run into it last week.

Some people responded with humor (â€œleaning over the sink and away from any fabricâ€); others with the practical aspect (â€œI eat all the chocolate coating of the ‘belt’ first so that it does not crack and fallâ€); others still innovative (“smash it between two waffles. an ice cream sandwich”). But the suggestion of the original poster was the most puzzling.

“I like to let it melt a bit first, then I open the top of the bag and eat the ice cream from the inside with a spoon. When I’m done now I have TWO cookies covered. of slightly milky fudge. one for now and one for later. So good. “

My first reaction, like that of other Redditors, was horror. Life in our modern hellish landscape offers few pure pleasures – why would anyone desecrate one of the only pure joys we have left? Is there nothing sacred?

“Using a spoon?” For one that’s all! First a pandemic, then a coup attempt, now this, â€wrote an exasperated Redditor.

“This man must be arrested,” rang another.

My coworkers were also alarmed when I shared the thread on Slack:

“Who takes the ice cream in the middle?!?!?” asked a reporter.

“A serial killer,” replied another.

I wondered if this was a prank, designed to incite rage on social media. But then I remembered the way Kourtney Kardashian eat a Kit Kat (there are six steps), and decided it could be quite serious.

My horror turned into curiosity. I’m of the questionable “don’t hit it until you’ve tried it.” So I cycled to the nearest gas station and bought myself an It’s-It (mint, the right flavor), leaving it a little melted in my backpack on the short drive home. .

Reader, I shudder to reveal to you exactly what abominations I have committed on poor It’s-It. But for the sake of journalism, I will.

Despite the enthusiastic advice from the Reddit poster to perform ice cream surgery within the confines of the It’s-It small bag, I went for a plate. Surgery is all about precision, and there is no way I could know where my spoon is if I kept it in the bag.

To begin with, I shyly thrust my spoon into the center of the treat, crunching through the outside of the chocolate. A whole bunch of pieces fell out, which wasn’t part of the plan, so I ate them to clear the evidence.

I then proceeded to scrape the mint ice cream off the cookies, doing my best to separate the two. The sandwich quickly separated into two halves.

For the record, the ice cream alone was good, because the ice cream is good. But do you know how it wasn’t so good? Ice cream, between oatmeal cookies, dipped in chocolate.

With each bite, I got more and more furious. I wanted to defect from this dreadful task that I had set myself. I wanted to put the cookies together and have one bite that is creamy, minty, chocolatey, oatmeal and perfectly harmonious, just like God intended.

But I persevered. The dissection of the ice cream was over, and it was time for the cookie.

Like the solo ice cream, the chocolate dipped cookie was sort of OK, although it had gotten a bit soggy from the melting ice cream. Separated from its complementary parts, it was simply disappointing. I left the second for later, as indicated.

When I returned to the cookie after an hour, I was even more disappointed. What was once chewy and delicious had disintegrated into a soggy mess, like leaving an Oreo in a glass of milk for an entire day instead of seconds. I tapped on it with my spoon, but couldn’t finish it.

At the end of my cursed operation on this innocent dessert, I was filled with sadness (for a tasty spoiled treat) and shame (for desecrating “the San Francisco tradition since 1928”).

Maybe there’s no right way to eat an It’s-It, although I think we’ve established that there is definitely a wrong way. If you insist on committing crimes against healthy treats, all I’m asking is to keep it to yourself. Otherwise, an unsuspecting bozo (like me) will take your advice and spoil a perfectly good ice cream sandwich.

That said, dear OP, if this is your sincere way of eating an It’s-It, I have to applaud your originality – even if it’s the most impractical thing I’ve ever heard.

My advice? Keep it simple. Open the wrapper, devour It’s-It, try and fail to avoid spilling pieces of chocolate in your lap. Everything else is nonsense.