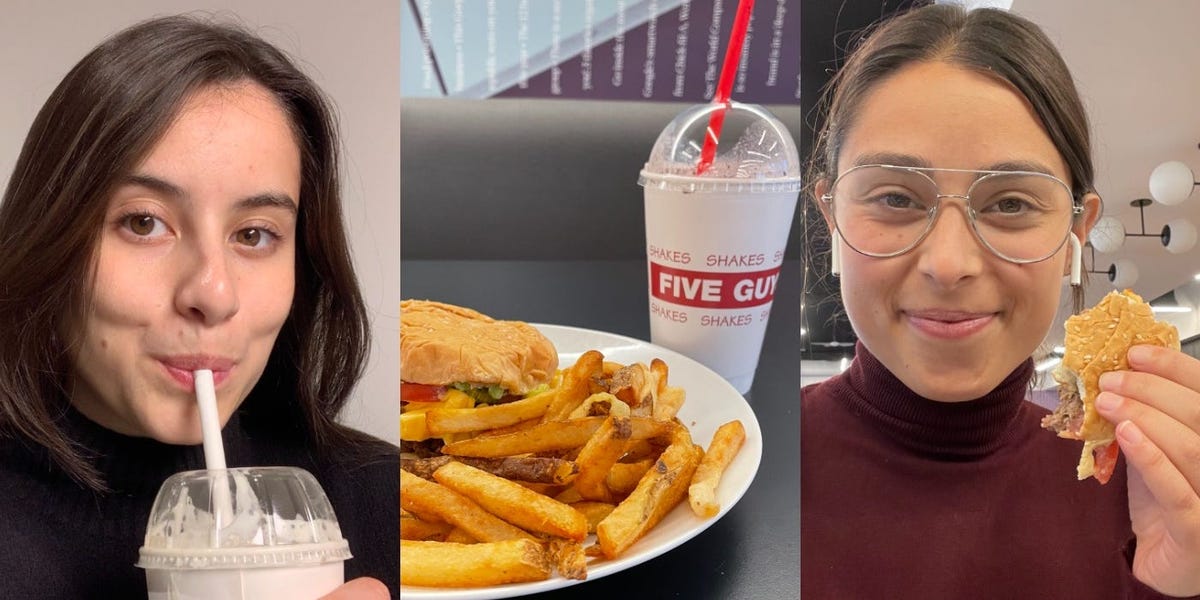 No good fast food meal is complete without sauce, so we ordered all the options available in the UK and US for our test.

Before leaving the restaurant, Maria asked her server if she could have one of each sauce available. She ended up getting hot sauce, ketchup, mayonnaise, mustard, barbecue sauce, and relish.

When Rachel made the same request in her store, she was given hot sauce, mustard, barbecue sauce, A1 steak sauce, and packets of mayonnaise – the sides of the ketchup were self-serve.

Maria reported big differences in the portions of each sauce. The hot sauce and ketchup received the largest portions, as they both weighed 39 grams, she said, while the relish was around 19 grams and barely filled half the small cup with service.

Rachel’s sauces were distributed a bit more evenly, most filling the containers at least halfway.

Although it was not ordered by Maria, Five Guys in the UK do have steak sauce, but the brand they use is called HP Sauce. Likewise, the two sites use different brands of barbecue sauce: McCormick in the UK and Cattlemen’s in the US.

The most important thing to note here is that regardless of the differences, all sauces were free in both places.