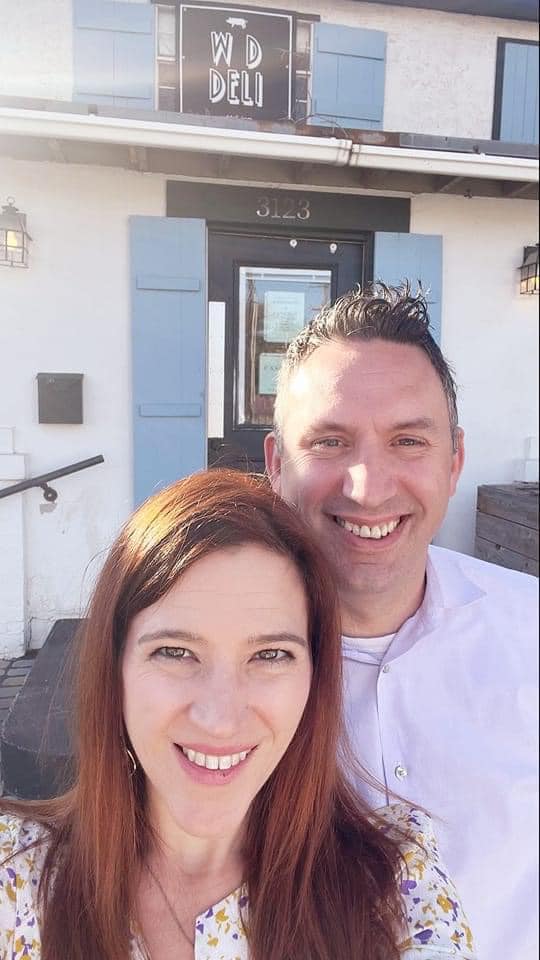 At 4 p.m. on Tuesday, March 22, a new era began at WD Deli as the restaurant changed hands. After more than 30 years, Wayne D. Beers and Michael Bobo have sold the beloved Broadway restaurant to Steve Clemens and Kelly Palubiak.

San Antonio’s staple sandwich has been around since 1990, when Beers opened the original location in Olmos Park. In 2002, WD Deli found its current location, a two-story house near the Witte Museum. The property and the sandwich shop remained on the market for two years before Clemens and Palubiak arrived. Palubiak says she and her husband, who both have restaurant careers, were looking for a place of their own after moving from St. Louis to town.

Clemens has been in San Antonio for 25 years and Palubiak moved here in 2007. They didn’t know each other when they moved — despite being from the same zip code in St. Louis — but met in Alamo City. Clemens has always worked in steakhouses and is fondly nicknamed “Steakhouse Steve”. He is currently Director of Operations for Bob’s Steak & Chop House in San Antonio and Austin. Palubiak’s experience comes from building and managing the catering program for Saltgrass Steakhouse and consulting for restaurants.

The new owners understand the importance of WD Deli and want to maintain its connection to the city. The two owners will work alongside its staff, led by Randi Pipkin.

“We were looking for a restaurant and we were looking for something that had roots and spoke to us,” says Palubiak. “So when we saw that list and we walked in and met Michael and Dwayne on a Saturday, it was just a perfect match. We like sandwiches, we’re just sandwiches.”

She says Beers and Bobo are planning a semi-retirement on the beaches of Puerto Vallarta.

“It’s just kind of magical how it all came together,” she says.

The couple have pledged to keep the menu classics the same. Palubiak says the recipe for the legendary Spinach Chicken Salad will remain intact. Rather than subtract aspects of the beloved restaurant, the new owners are planning additions, like homemade breads, the addition of Saturday hours and a breakfast menu.

His current favorite is the Italian panini and the oatmeal and cranberry cookie.

She also raves about the staff. Employees of the Beers-Bobo era remain.

“Our manager Randi (Pipkin) is phenomenal and the staff are so friendly and just amazing,” she says. “So we were very blessed.”

Beers gave the new couple his blessing via Facebook and encouraged customers to share their support for Palubiak and Clemens.

“We are so happy for Kelly and Steve! Please continue to support them as you have supported us for the 32 years we have been blessed with WD Deli,” her message read. “The experience changed our lives! I wish them the same success as us!

Now that the new owners are settling in, they can’t wait to meet other WD Deli regulars. Palubiak says the mission of inclusivity and support for the LGBTQ community will also remain.

“We want everyone to keep coming here and saying ‘Hello’ and letting us know who they are. We want to hear their stories,” Palubiak adds. “We’re so excited to be part of the community. We feel like we’ve adopted Wayne and Michael’s baby.”