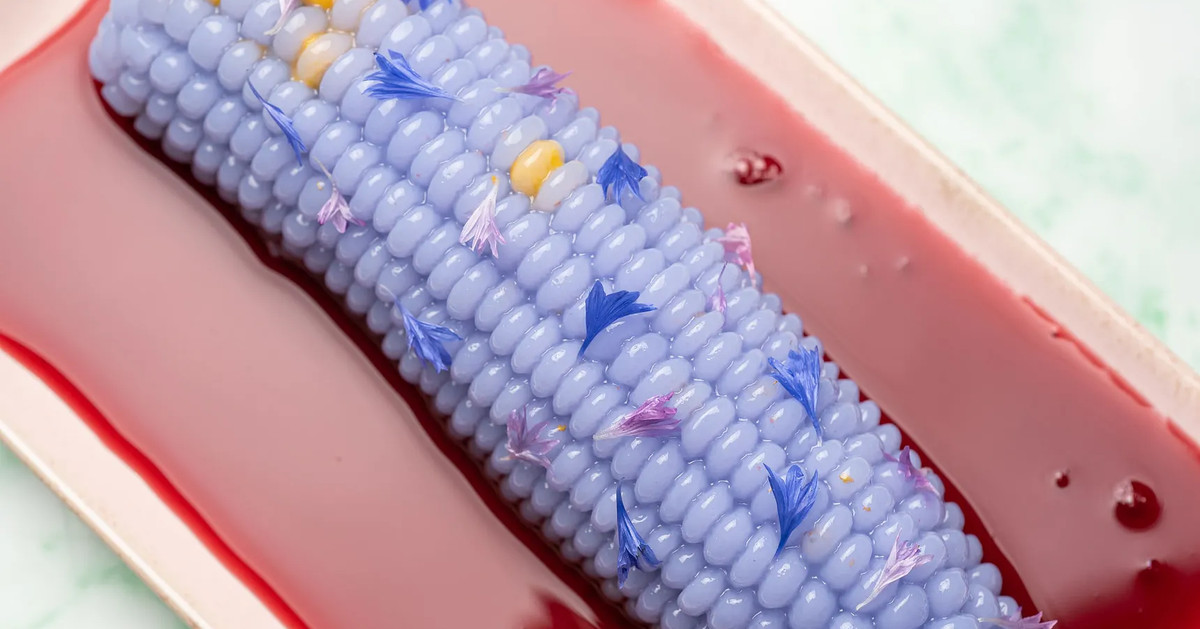 Trompe-l’oeil corn desserts are on the rise

When the Peruvian-Chinese restaurant Chifa open in Los Angeles At the end of 2020, her dessert instantly caught Instagram’s attention: almond jelly in the shape of a corn cob, from jelly cake creator Lexie Park de Nunchi. The dessert alluded to trompe l’oeil – illusions that deceive the eye – while finding footing in the strange valley. Pale white, corn jelly looked like Bunnicula got her hands on one of the best ears of the summer, while a pastel purple version seemed to have been grown on another planet.

What seemed like a one-time fascination has become a niche trend this summer as more bakers play with desserts that look like corn, but aren’t. Of course, corn is having its moment right now, even more than in previous summers: After an interview with a child sharing his love of corn went viral on TikTok this month, a remix of this interview has become ubiquitous, having been viewed over 57.5 million times and used in over 320,000 videos. Everyone is making corn content right now, but pastry chefs making fake corn desserts got there first.

Ayako Kurokawa’s Burrow, a Japanese bakery in Brooklyn, has long made “otherworldly cakes and cookies that baffle pastry chefs,” as Enjoy your meal written in 2018. But this summer, the bakery posted on Instagram that he’s finally found the right chocolate to perfect his existing corn dessert: on top of layers of sand, frangipane and white chocolate whipped cream is a layer of sweet corn. The composition looks like a real square corn on the cob from above, but an ice cream sandwich from the side.

On Instagram you will find cornbread surmounted by hyper-perfect corn-shaped buttercream; molded corn chocolate shells filled with corn ice cream; a corn stuffed wagashi and a sourdough bread, both shaped and marked to look like corn with the husk. The ease of obtaining a corn mold on line means a whole world of fake corn is possible – outside of the edible realm, corn candles have been around for quite some time, and there’s always the comedic corn stool.

There’s definitely something fun about food that looks like other foods. Sutton discusses this idea in a 2017 review from the Empellon restaurant, which offered a fake avocado dessert. “Stupak continues a grown-up version of that childhood wonder: he makes diners experience something new and surprising again,” he wrote. In the New York Times last summer, Ligaya Mishan written about the trompe-l’oeil when it comes to cakes, which have been blurring the lines between real and cake for a while: “Maybe nothing is real; maybe it’s all a joke. But at least we’re in on it.

In the now inescapable words of TikTok’s “Corn Kid,” it’s corn. But it’s not, and that’s the fun.

The freshest news from the world of food every day

Signs it’s time to start cosplaying this fall in Texas