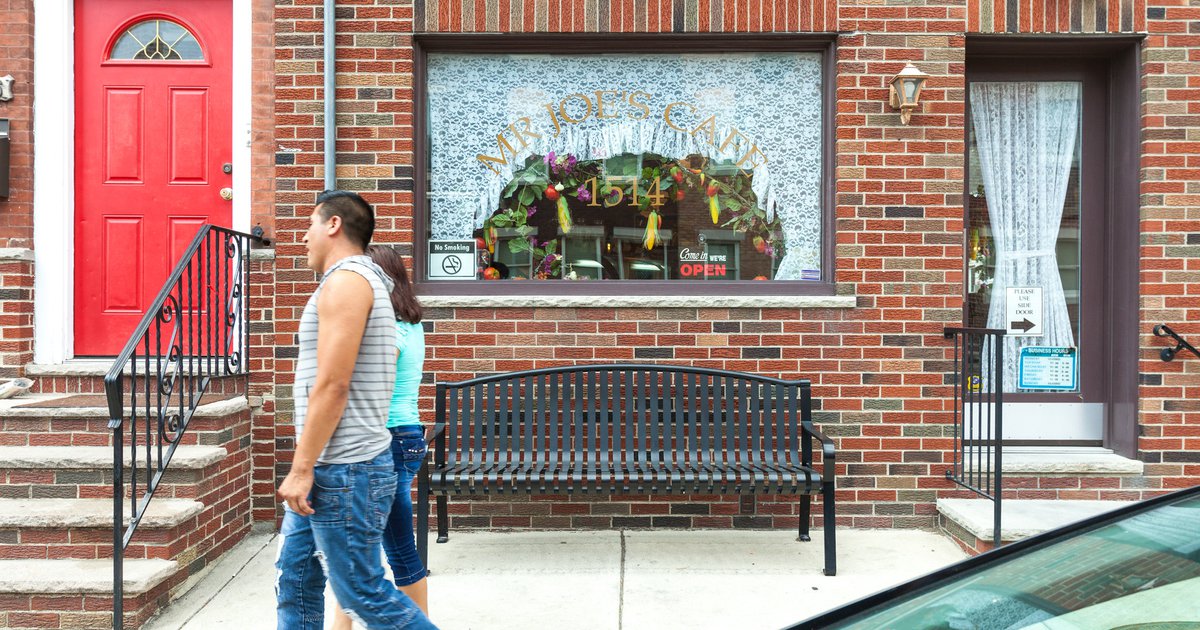 When Vince Termini Sr. closed Mr. Joe’s Cafe — which he opened in 2006 as a tribute to his father, Giuseppe Termini — he did so as a way to officially retire from the family business. Her sons, Vinny and Joseph, decided to take the reins and revamp the space to honor Termini Sr. and their mother, Barbara, who met her husband while working in the bakery as a young woman.

The Terminis also work on their own spumoni, a molded ice cream originating from Puglia that the Termini brothers served on site between 1921 and 1938, before moving the family bakery across the street to its current location.

“It’s special for us because my grandfather and his brother served spumoni at this place 100 years ago,” Termini Jr. told the Applicant. “It was a real passion for them. What better way to celebrate them?”

Nonna & Pop’s is open at 1514 S. 8th St. Tuesday through Sunday from noon to 7 p.m. The location allows customers to stop at the flagship bakery for a chance to sit down and eat.

While Mr. Joe’s specializes in Sicilian comfort food and other classic dishes, Nonna & Pop’s will focus on artisan desserts and pastries, much of what the business itself has known over the past century. .

Giuseppe and Gaetano Termini emigrated to the United States from Enna in central Sicily, opening a bakery in South Philadelphia a few years before the Great Depression.

Gaetano was the first to come, Termini Sr. told PhillyVoice in 2017. He spent three years working for Stetson Hats before his brother Joe made the trip with another brother, Mario, who was denied access to the United States at Ellis Island and was returned to Italy.

They both apprenticed in a bakery before moving to the United States and dreamed of opening a bakery specializing in Italian desserts. Despite the depression, the bakery was successful, and they moved across the street to their current location at 1523 S. 8th St. for more space.

The original bakery – now home to Nonna & Pop’s – was sold to a barber who did haircuts in space until 2004, when the building was gifted to the Termini family. It housed Mr. Joe’s Cafe for over a decade before Termini Sr. decided to retire from the family business at age 83.