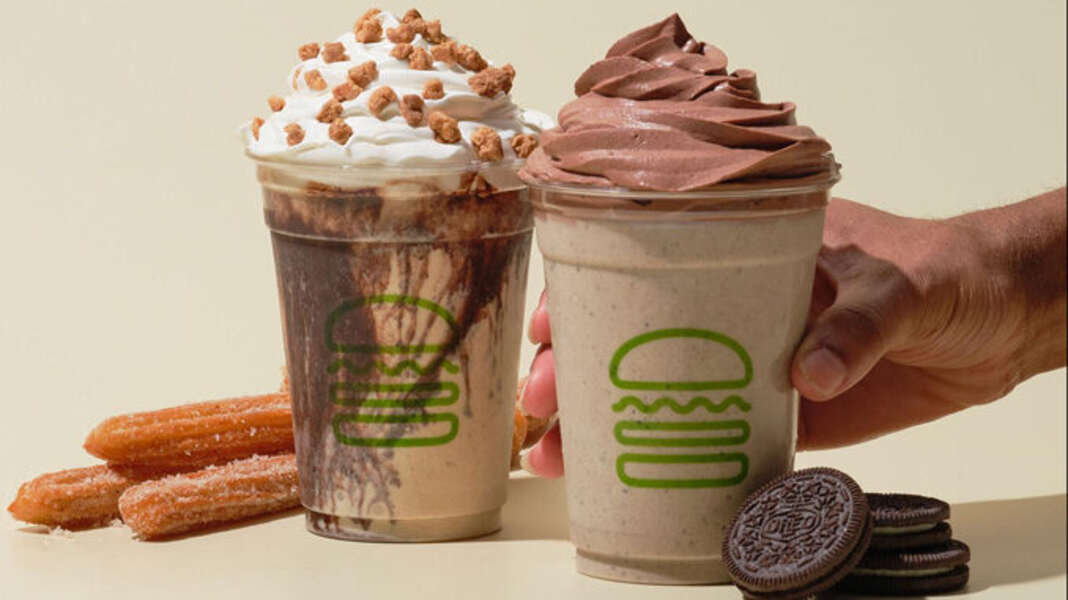 Shake Shack has added 2 new seasonal shakes to the menu

i don’t know about you but i love it a good Shake Shack shake. Although they are a bit pricey, they are so thick that sometimes a simple straw can’t do the job and they keep it fresh with new offerings every season. This spring/summer, the fast-casual chain is keeping up its chunky shake game with two new creations that would send any Oreo or churro lover into a frenzy of delight.

The first of the new seasonal shakes is the new Oreo Funnel Cake Shake. It includes Oreo cookies and a crunchy hand-spun funnel cake with vanilla ice cream, and is topped with chocolate whipped cream.

Both shakes are currently available at Shake Shake stores nationwide for just over $6. But remember, as seasonal options, that means they’ll only be on menus for a limited time.

Janae Price is an editor at Thrillist. She’s originally from New York and loves all things cheese, K-pop, and culture. Follow her on Instagram and Twitter @janae_larie.

Pick of the Weekend May 27-30: A Pow Wow, Monster Trucks and a Rainbow Ball | Explore Yakima