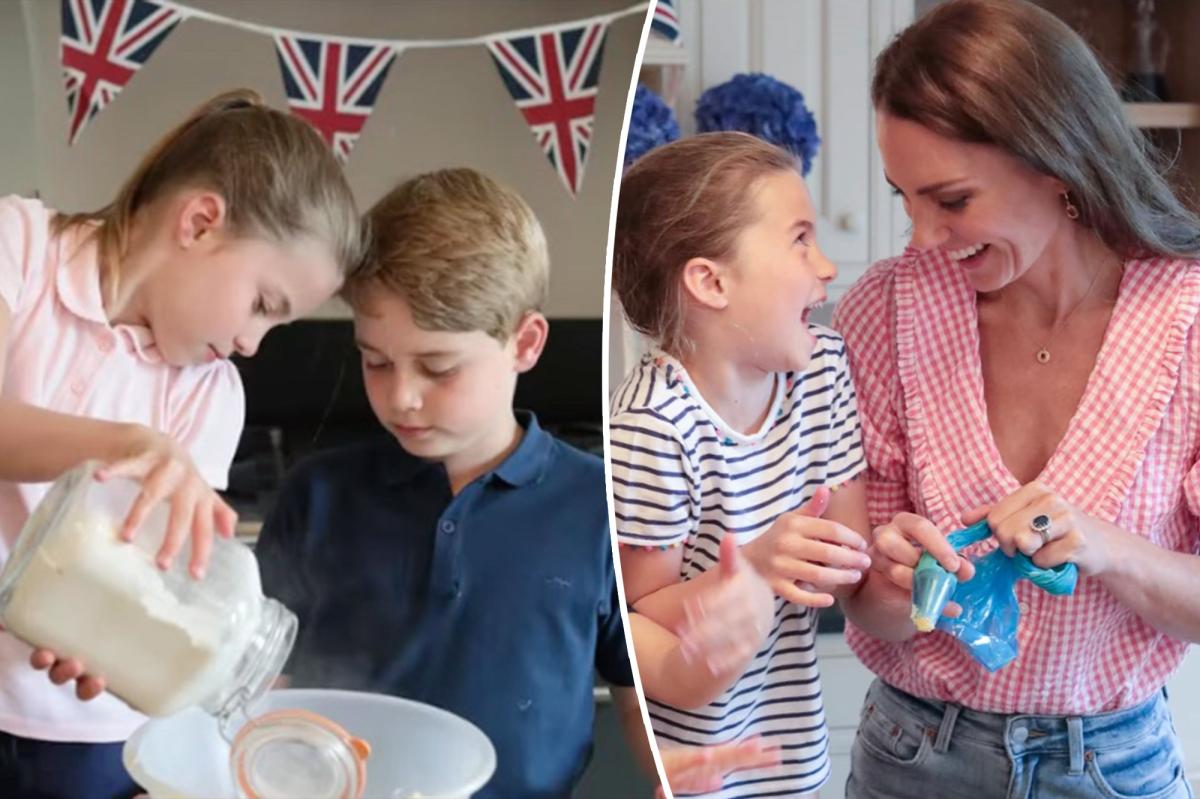 The three children of Prince William and Kate Middleton spent their Sunday morning cooking for a Platinum Jubilee street party in Cardiff.

The Duke and Duchess of Cambridge have shared an adorable photo montage of the little pastry chefs at work on their official social media feeds.

The footage reveals the British flag paraphernalia adorning the family’s kitchen as the three young royals sift the flour, crack the eggs, mix the ingredients and – with Kate’s help – decorate the cupcakes with chocolate. icing.

twitter user @Sam19Lou sprang from the scene“OMG, amazing photos capturing a family having fun. Not the glitz and pageantry which I also love, but just a normal day of cooking in the kitchen with your kids.

Another Twitter viewer with the handle @vitaminsea lovingly observed, “When the Queen told us to have a good time and make good memories, William and Catherine pulled through with their beautiful family.”

The activity kicked off the last morning of the family’s four-day festivities around the Platinum Jubilee, which is held in honor of the 70th anniversary of Queen Elizabeth II’s reign.

The Queen, 96, is now Britain’s longest-serving monarch, having been crowned aged 21 on June 2, 1953. At Sunday’s Platinum Jubilee Pageant, she appeared as a hologram.

‘Pioneer Woman’ Ree Drummond Says ‘Give Your Oven A Break’…

11 tips for the gluten-free baker