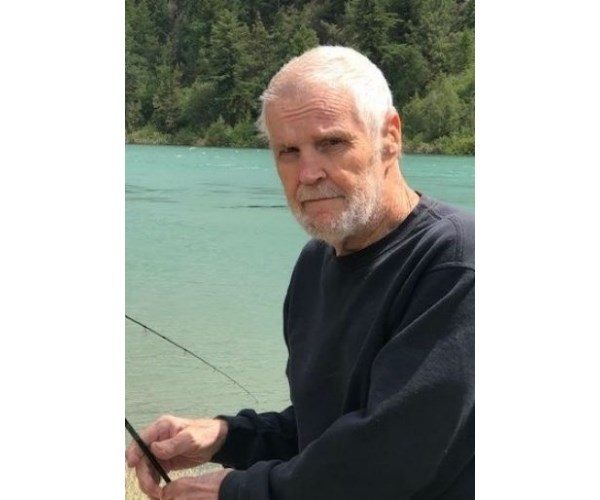 Richard was one of the two sons of Alfred Allen McGary and Glady’s Fowler.

Richard met the only love of his life Rita Ione Allen and they married in 1962. They had 6 children. Rita died in 1975, leaving Richard to raise the children on his own, he always said he was doing his best under the circumstances.

Richard served in the Vietnam War from 1959 to 1962; after his honorable discharge, he went to work for GTE. After 17 years of working for the man he decided he had had enough, he sold his farm in Washougal, WA, packed his second wife and children, and moved to Yaak, MT. Richard bought the Yaak Mercantile where he resided for about 10 years.

After his separation from his second wife in 1991 and newly single, Richard decided to stay in Yaak. He bought the Dirty Shame Saloon and also took care of the Fix Ranch. During this trip he met and married his third wife. They have moved often, living in Libby, MT; Saint Ignatius, MT; Bonners Ferry, ID; and Clarkston, WA. After 24 years of marriage, they also separated and Richard made his last and final move to St. Ignatius, MT.

Richard was a hardworking man and loved to work. There was never a job in front of him that he couldn’t do. He has worked as a lineman, farmer, forestry technician, business owner, bus driver and handyman. He was a real jack-of-all-trades in every sense of the word. He took things that were broken and remade them. He shaped every property he owned into centerpieces.

In his early days, he loved to ride his Harley and enjoyed a good, hard drink. He was a shark at the pool table and loved to beat up anyone he played with. While his years drifted through his interest in hunting and the outdoors, he was passionate about firearms to include reloading his own ammunition. He liked a good game and good conversation Griz, quick-witted with a silver tongue that he had a way with people. As retirement age quickly approached, some of his favorite pursuits were gardening, supporting the local casino, and fishing. His passion of all time; a boat, a pole and a lake; he was happy. One thing’s for sure, he loved his “sweet treats”; he survived on candy, cookies, pudding, ice cream and good old Dr Pepper to the end.

He was predeceased by both parents, his brother, Mason David McGary, his first wife; Rita, her stepfather; Billie, half-brother and sisters; Bill Barcus, Vicki Justice and Ava Holtwick (John) and his daughter Zina. He is survived by 5 of his children to include Teresa McGary (Brian), Richard McGary Jr. and Bernadette – Bernie Alexander

(Richard) to name a few. His grandchildren (6), Christina, Paden, Nikko, Brianna, EJ and Shyanne, great grandchildren (5). Too bad he didn’t have time to get to know them all. Finally, his lifelong friends Linda Saboskie and Larry Short.

The last year and a half of Richard’s life, I was fortunate, as one of his daughters, to get to know him and understand a part of the life he had lived. He had so much knowledge to share. If only we had time, there was so much more that we as a family could have learned from.

What I know for sure is that he was content in his heart and left this world with dignity and grace. Not really sure how best to sum up an 80-year-old life in such a few words, one day we will hear the rest of your story.

Services will be held at Foster’s St. Ignatius Funeral Home, MT on Sunday October 3 at 3:00 p.m.

~ Until we meet again ~ I love you daddy

THE JEFF & KATIE SHOW returns to the northern sky