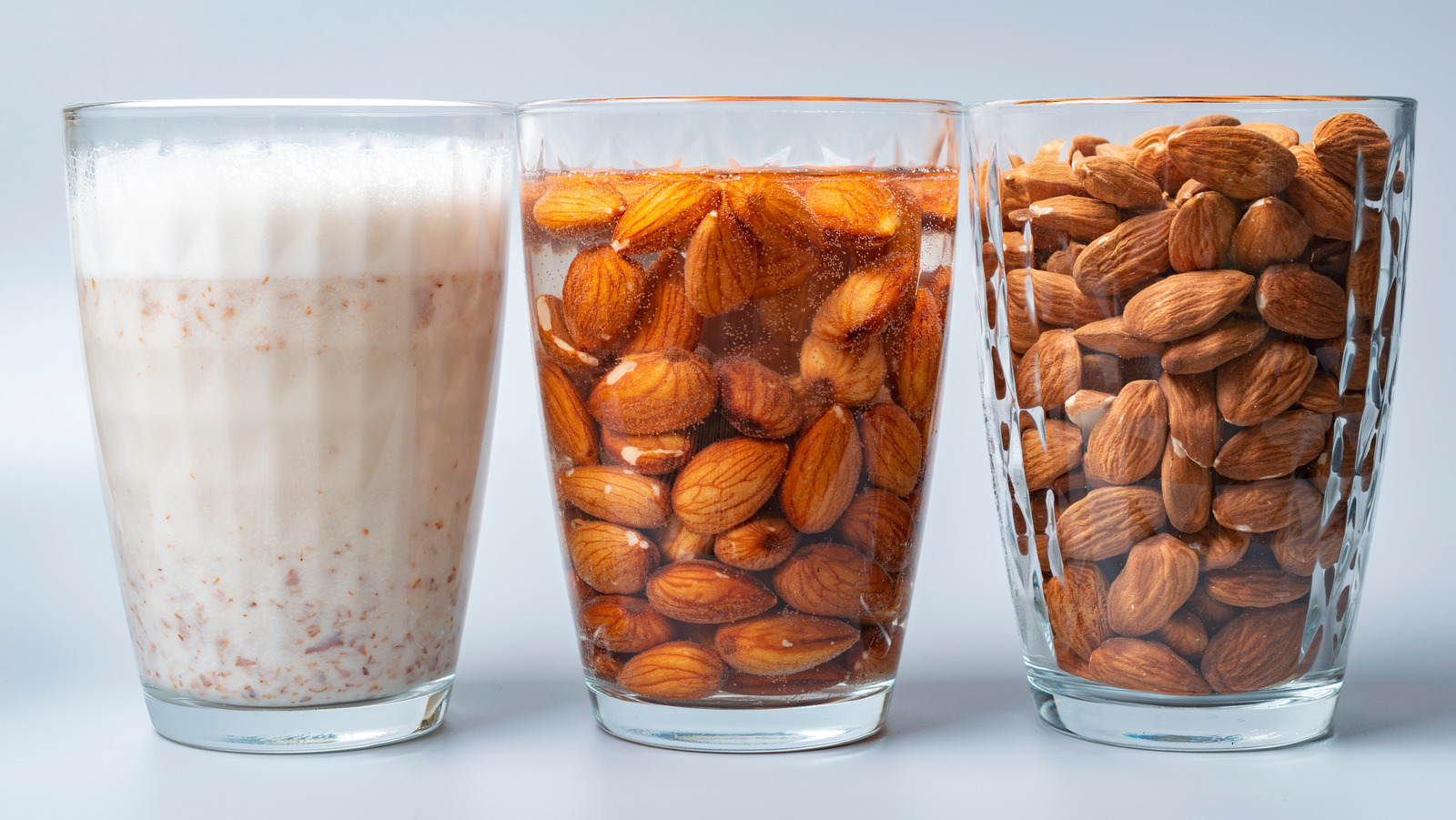 Store-bought almond milk tends to contain a variety of additives to stabilize, preserve and improve texture (via Healthline). And while that may be the driving force behind making your own at home, that doesn’t mean you should only ever use raw almonds and filtered water. For starters, it’s no secret that a pinch of salt goes a long way in enhancing flavors, according to BBC Science Focus, and almond milk is no exception. We don’t suggest a teaspoon or a tablespoon of salt, just a pinch.

Then comes the experimental side of your homemade creation. If you like your almond milk slightly sweet, there are several alternatives to white granulated sugar. Dates, maple syrup, agave, and honey are less processed ways to satisfy your sweet tooth, not to mention they’ll also infuse the flavor. If you’re a fan of chocolate milk, sweetener and cocoa powder will do the trick. Meanwhile, if your usual go-to is vanilla almond milk, that’s an easy option too, because a splash of vanilla extract goes a long way. Spicy concoctions are equally delicious; cinnamon or cardamom are surefire pairings, or channel the pumpkin spice vibes by adding nutmeg, cloves, allspice and ginger.