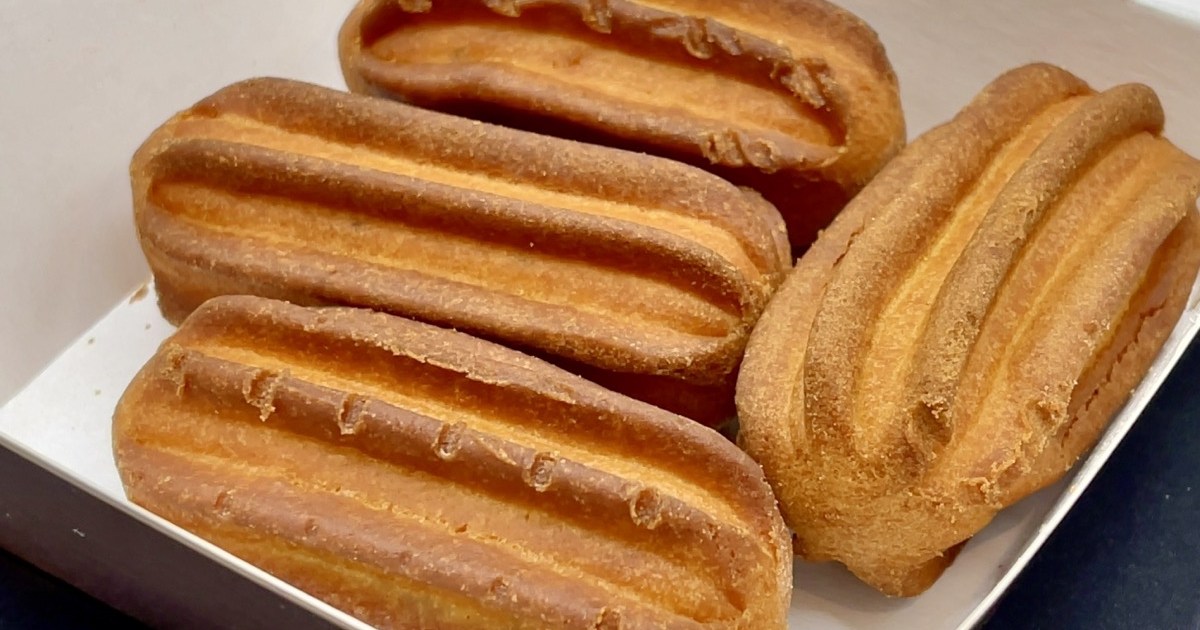 There’s a reason they only come in packs of four.

Since we heard that McDonald’s Japan would add bite size churros on its menu, we fantasized about them wistfully, imagining the joy we’d feel throwing them into our mouths one after another, with the same irresistible abandon we bring to the chain’s chicken nuggets.

So as soon as they were released on February 16, we went to get a box of the new candies.

▼ They are officially on the menu as “Churros Hitokuchi“, resulting in “Bite-size churros“.

When we lifted the lid of the box, we could see that the sweet pieces inside were definitely much shorter than regular churros. Also, in Japan, churros are usually eaten in a bag at theme parks like Tokyo Disneyland, so this was already shaping up to be an unusual experience.

Pulling one of the candies out of the box, it appeared to be about six centimeters (2.4 inches) long, which we believe is slightly larger than “the size of a bite”.

What was more interesting, however, was the fact that it was hard to the touch – so hard we couldn’t even make a dent in it when we pressed it between our fingers.

After taking a bite, however, we were rewarded with a delicious gooey chocolate center. McDonald’s refers to this filling as “melted chocolate“, which is best eaten hot for the most decadent chocolate experience.

The filling was incredibly delicious, but the one thing we couldn’t get used to was the texture of the churros. They were much harder than we thought, crunchy with every bite like a cookie rather than a fried piece of dough.

Each had a nice, distinctive churro shape, and when we thought about it, we realized it was probably due to the tough texture. If they were soft and chewy like regular churros, these bite-sized candies would likely turn into a mess by the time they were served to the customer.

▼ Texture looks more like a baked candy rather than fried in oil.

Luckily for us, we love cookies, so we’ve chosen to see them as churro cookies instead of regular churros. In fact, McDonald’s may have missed a brilliant opportunity to market them as cookies, because it turns out that churros, in baked confectionery form, are quite delicious.

The dense texture of these candies makes them quite a filling dessert, so you wouldn’t want to eat more than four in one sitting.

▼ Oh, and definitely eat them while they’re hot, because that gooey chocolate center is divine.

If you like your churros soft and chewy, these little treats might not be for you. But again, you might want to try them anyway, as churros cookies are a rare treat, especially in Japan.

Hitokuchi Churros are priced at 240 yen (2.10 USD) and will only be on the menu for a limited time.

Related: McDonald’s
Pictures: ©SoraNews24
● Want to be up to date with the latest articles from SoraNews24 as soon as they are published? Follow us on Facebook and Twitter!
[ Read in Japanese ]