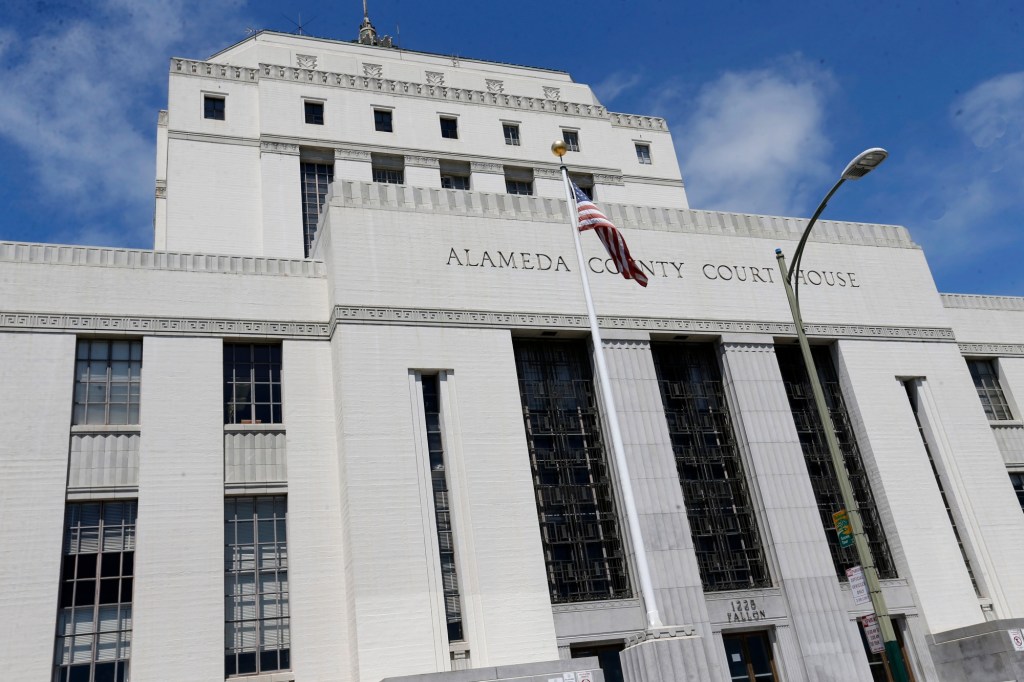 OAKLAND — An Oakland man has not contested running over a 71-year-old woman as he attempted to steal his son’s U-Haul truck, a crime his son witnessed and attempted to ‘to prevent.

Luis Garcia-Lopez, 27, has accepted a plea deal that will sentence him to 15 years to life for second-degree murder. The victim, Bonnie Caya, of San Leandro, was helping her son move his belongings on a road near the Oakland estuary when Garcia-Lopez jumped into the U-Haul van and drove off, knocking Caya over in the process.

The incident happened on October 21, 2019. Caya held on for more than a month but died of her injuries on November 24, 2019, authorities said.

Caya’s son, James Fort, testified at the September 2021 preliminary hearing that he was living in his van on Oakport Road at the time and recognized Garcia-Lopez as someone who frequented the area. As Garcia-Lopez “trampled” his mother, who clung to the steering wheel in an attempt to prevent the theft of the truck, Fort ran to the side of the truck and begged him to stop.

“My mom, she tried to dig her feet into the ground and he just started dragging her… he repeatedly stomped on her head and arms, but she wouldn’t let go,” Fort told bar. “At that moment, I saw him and he looked at me…I asked him: ‘Can you just stop? Stopped. You have – it’s my mother. It’s my mother. My mother. Stop. Stop Please.

Instead, Garcia-Lopez got away. Fort said he watched helplessly as she disappeared into the distance.

“I had my eyes on her the whole time watching her get smaller and smaller as he went off with her, hanging there,” Fort said. As he watched, she fell out of the car and the U-Haul “ran over her abdomen,” he said.

Born in Berkeley, Caya worked for more than 15 years as a tow truck dispatcher in the Bay Area, and before that as an answering service operator. In interviews with this newspaper in 2019, family members remembered her not only as a woman who loved her children and grandchildren dearly, but also as a headstrong young girl who participated in Brownies, played the clarinet , loved the Beatles and refused to stop wearing boots when high school staff told him not to.

“I was very shy when I was younger, and she was always there to help me when I was sick,” said her sister, Janis Fort. “When I ended up feeling much better later on, I helped her with some issues, making sure she got to her appointments.”

Caya died almost a month to the day before Christmas, her favorite holiday.

“She was on the gifting spirit. It was not about receiving, but giving to others,” said Amanda Cuffle, Caya’s daughter. “And she always wanted you to help bake cookies and decorate the house.”