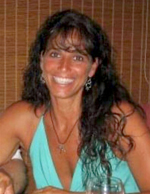 To send flowers to the family or to plant a tree in memory of Annie D. Worsley, please visit our flower shop.

Toni was born in Long Branch, New Jersey to Rose (Tubello) and Anthony Iovino. She graduated from Long Branch High School and attended Centenary College. She was a teacher in the Long Branch School District for 20 years and retired in December 2021.

Toni loved going to the beach in the summer and Florida trips to Key West. She also loved spending time in Old Forge New York in the winter walking around and going to the various stores. She loved her dogs Beagle, Max, Tulla, Mama D and The Mischievous Woody. Toni loved all animals.

Toni had an infectious smile and lit up a room every time she walked in. Over the years, she often sponsored a family on holidays and made sure she had food and gifts for the children. She loved doing good things.

Toni was predeceased by her parents Rose and Tony Iovino, her brother Ralph Iovino and her sister Patty Tunis.

Toni is survived by her husband Guy Laterza, who she says was the love of her life, her sons, Sean Ryan and Conor Laterza, and her daughter Molly Laterza.

A celebration of his life will take place later. Donation can be made in Toni’s name to PawZabilities PA Animal Rescue, PO Box 254, Yardley, Pa 19067 or https://pawzabilitiespa.org/donate/. The family invites you to leave a letter of condolence by selecting the Tribute/Guest Book link above.

To send flowers to the family or plant a tree in memory of Antonia Iovino Laterza, please visit our flower shop.

Susan J. Whitman, 82, of Ocean passed away on Wednesday January 19and home surrounded by her loving family.

She was born in Paterson to Madeline and Serafino Tucci and moved to Long Branch shortly after her brother’s birth. Sue graduated from Long Branch High School in 1957 and worked in administration at Ft. Monmouth, where she met her husband Bob Whitman. They were married in 1961 at Holy Trinity RC Church in Long Branch, where she was a parishioner, and they toured the country while he served in the US military. They eventually returned to Monmouth County and settled in Ocean Township, where they have lived together for the past 57 years.

Sue was a caring, caring person who would strike up a conversation with anyone. She never got stuck in a line without making a new friend. She adopted every stray that crossed her path. During the many years she volunteered at a local food pantry, she adopted entire families as her own, providing them with rent as needed, clothing, and a full Christmas. She was an avid reader, reading several books a week, compiling stocks of books which she would pass along with comments to anyone who picked them up. Sue also enjoyed sewing, knitting, cheering on the Yankees, and was an accomplished piano player.

Sue loved to take care of and feed her family and friends. She always made sure there were home-cooked meals every day, which usually included the vegetables Bob grew in the backyard garden. She was well known in the neighborhood and beyond for her homemade meatballs, chocolate chip cookies and shoofly pie.

She has always enjoyed her family vacations, first with her three children, then expanding to an 18-person vacation that included her ten grandchildren. Nanny enjoyed adoring her grandchildren with shopping trips to their favorite stores, babysitting them at night for weeks and taking them on all things educational, including routine visits to theaters, museums and aquariums.

Sue loved her family deeply. She was a devoted wife, mother and grandmother. She was everyone’s friend. The end of her life reflected how she lived; Susan was never alone – the unconditional love and care she gave to others was reflected in the flood of messages, meals and visitors she received, as well as her children’s dedication to advocating for the best possible care they could find for him. His selflessness, witty sense of humor and love for his family remained until his last days. She will be deeply missed by all who knew her.

Private burial services will be held at her family plot in St. Anne’s Cemetery, Wall. To share a favorite memory of Susan or send a message of condolence to her family, please visit Susan’s tribute page at www.woolleyboglioli.com.

Caroline A. Day, 84, of Oceanport, died at her home on Wednesday, January 25and.

She was born in Jersey City and raised in Hoboken. Caroline met her husband, Edmond, at a dance at the High-Hat Club in Bayonne, and less than a year later they were married at St. Ann’s RC Church in Jersey City Heights. They settled in Oceanport in 1972.

They were parishioners of Holy Trinity RC Church, where Caroline has been a devoted and faithful parishioner. Caroline enjoyed shopping and traveling with Ed around Europe. They celebrated their 50th birthdayand wedding anniversary on a cruise to Antarctica. She loved her job at Monmouth Park, where she welcomed customers for 37 years.

Caroline loved having her family together at all times, but especially during Thanksgiving and Christmas. He was a kind and loving person who had the ability to light up a room.

She was a fan of the Beach Boys, Neil Sedaka and Andrea Bocelli. By far, her favorite song was “Sweet Caroline”, especially when it was sung to her by Ed.

She was predeceased by her parents, Caroline and Salvatore Balletta; and his brother, Jerry and his wife Helen Balletta.

To share a favorite memory or send a message of condolence, please visit his tribute page at www.woolleyboglioli.com.

On January 30, 2022, Joanna Friedli (born Kourkounakis), Long Branch, 64 made his trip to paradise surrounded by his loving family. Born in New Brunswick, New Jersey, to Alexander and Demetria Kourkounakis, Joanna grew up in Hillside New Jersey and graduated from Hillside High School in 1975, where she was an active member of the state championship rifle team. and Captain Cheerleading, also receiving many other accolades to his credit. She attended Montclair State University and transferred to Rowan University to major in theater. After graduating, she worked at the Juilliard School in New York and continued to provide props and sets for various New York Broadway plays and television shows.

Joanna became a travel agent in 1985 and met her 27-year-old husband, Ted, while on a business trip to Disney World. Together they opened their travel agency, Excel Travel. Their slogan was “Make Us Happy – Go Away” and their business has grown tremendously thanks in large part to their commitment to the local community, as evidenced by the numerous awards they have received.

Joanna was also instrumental in the growth of Kick Cancer Overboard, a non-profit organization co-founded by her husband Ted.

It’s very ironic that after supporting Kick Cancer Overboard for over a decade (providing nearly 500 free Bermuda cruises to families affected by cancer), Joanna is the victim, not of a free cruise, but of this deadly disease – cancer sucks.

Joanna and Ted traveled to China in 2001 to adopt their daughter Jordana, who studied at Rutgers and is on her way to becoming a medical assistant.

Joanna enjoyed traveling all over the world with her family and hosting house parties for various occasions. She was always the first person to support her family and friends through all the events of her life. She was an active member of St. George Greek Orthodox Church in Ocean, NJ and was recently elected President of the Daughters of Penelope Aulis, Chapter 89, and volunteered at various Greek festivals throughout the State of New Jersey. .

In lieu of flowers, donations can be made to:
St. George Greek Orthodox Church
1033 Park Avenue West
Ocean, NJ 07712
www.stgeorgeap.org

Steven W. Topham, 67, longtime Long Branch resident, passed away Monday, January 31, 2022. Steve was retired from Local 472 where he worked as a laborer for 28 years.

He was predeceased by his son Michael in 2007, his mother Lois in 2011 and his wife Sherry in 2016.
Surviving are his children and grandchildren; Nicole and Andrew Massimino and their daughters Sienna and Alanna, Stephanie and Justin Itri and their daughters Cheyenne and Savannah, Steven and Mandy and their children; Steven and Madison. Brothers and sisters; Ronald, Doris, Donna, Barbara, Susan, beloved Irish dog. Lots of Jacks relatives and friends.

To send flowers to the family of Steven W Topham, please visit our Sincere condolences shop.