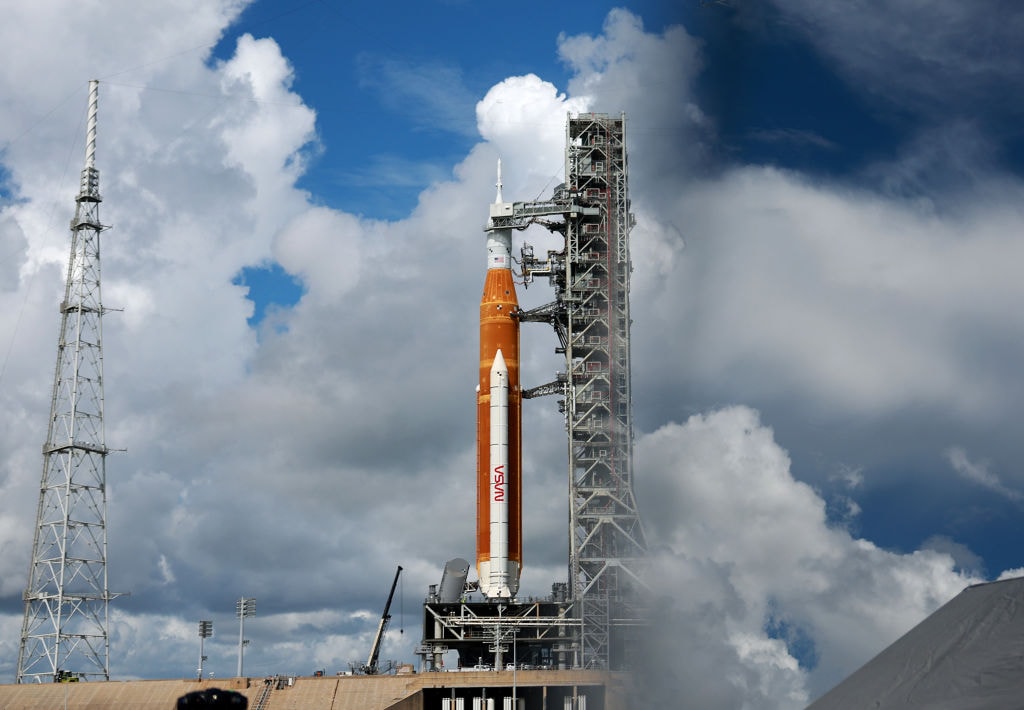 CAPE CANAVERAL, FL – AUGUST 25: NASA’s Artemis I rocket sits on launch pad 39-B at Kennedy Space Center as it is prepared for an unmanned flight around the moon on August 25, 2022 in Cape Canaveral, Florida. The launch is scheduled for Monday between 8:33 a.m. and 10:33 a.m. and would be the furthest into space that a vehicle intended for humans has ever traveled before. (Photo by Joe Raedle/Getty Images)

NASA was scheduled to launch the Artemis I rocket today (8/29) for an uncrewed test flight around the moon. Unfortunately, the launch had to be cleaned up due to fuel leaks and other engine issues. USA today reports that the next flight window is Friday (9/2), as long as NASA determines the rocket is ready. But that delay isn’t stopping Krispy Kreme from moving forward with its own exciting launch.

Krispy Kreme celebrates NASA’s moon mission with a new space-themed donut. According Disney Food Blog, the Artemis Moon Donut is filled with cheesecake flavored cream and dipped in cookies and cream frosting. The company says the treat is designed to look like the moon and will be available at participating Krispy Kreme stores in the US and Canada today only (8/29).

The Artemis I mission is part of NASA’s plan to land a human on the Moon for the first time in 50 years. Or, as conspiracy theorists will tell you, the very first time.