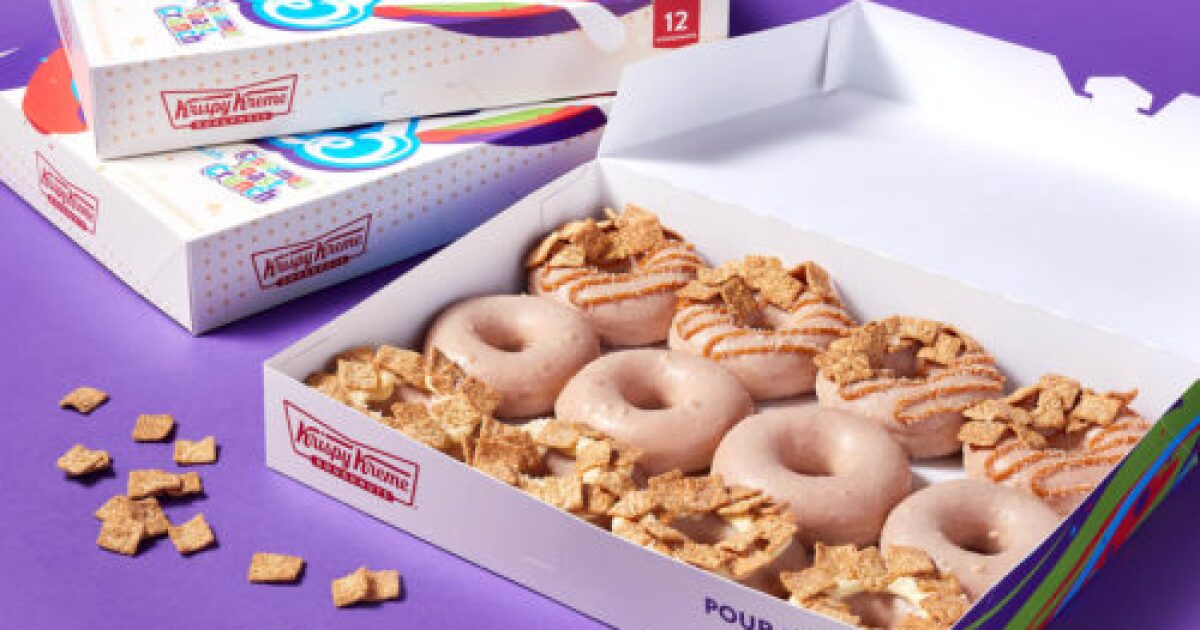 Krispy Kreme is teaming up with Cinnamon Toast Crunch for the second time in less than a year, this time featuring three donuts made with an all-new cinnamon milk frosting.

The donuts are available now for a limited time individually or in a box of dozens inspired by a limited-edition cereal box, complete with a word search on the back.

Although these are the first cinnamon Krispy Kreme crispy donuts, the brands first teamed up last year for Krispy Kreme’s first-ever cinnamon buns, including one topped with Cinnamon Toast cereal. Crunch.

While the Cinnamon Toast Crunch Cinnamon Roll is no longer on the menu, their original Glazed Cinnamon Rolls have recently returned to menus nationwide and will be present permanently, but only on Sundays. Krispy Kreme says their cinnamon rolls are light and airy, hand-rolled and covered in their signature original frosting. They can be purchased individually or in a pack of four in stores, online and via delivery.

There are also a variety of other Cinnamon Toast Crunch products in stores, including popcorn, milk, Coffee-Mate creamer, and you can even buy your own container of the cereal seasoning mix.

You can sprinkle the seasoning mix on just about anything you can think of – toast, cheesecake, ice cream, whipped coffee and more – or you can bake the seasoning into cookies or put it in pancakes, waffles, French toast or, of course, cinnamon rolls.

Are you a Cinnamon Toast Crunch fan?

This story originally appeared on Simplemost. Check out Simplemost for additional stories.

How to make Ma’amoul Med, a cookie bar filled with dates