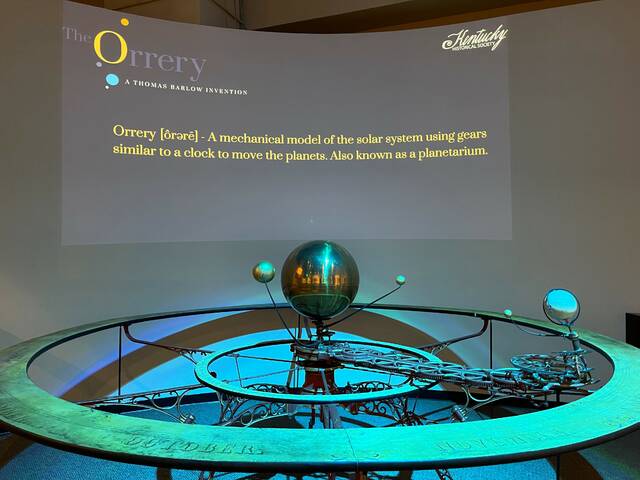 Kentucky — more than bourbon and horses

We’ve all been there… It’s been a crazy day! You thought you would have time to go to the store, but you didn’t. There’s not much in your fridge except a few basics and you just remembered that you said you would have a dish for an event that night. If you’re lucky, you go to the store in the morning. You can stop by the store and buy something, but let’s face it, it’s a small town and everyone would know you bought something at the store. Sometimes it works, but often it doesn’t.

I wish I could say it’s only happened to me once or twice, but honestly it’s been more than a couple times. And in my business, people expect me to not only show up with something, but always bring my “A” game.

In such an emergency, I like to stick with something that I know will be delicious. This go-to, just like it’s my mother’s and was my grandmother’s, is and probably always will be scalloped potatoes.

What makes a potato au gratin? Scalloped potatoes have an edge or border marked with semicircles. Baked gratin, meaning they have a top crust made up of grated cheese heated under a broiler until slightly crispy. Breadcrumbs are sometimes also used. We have all tasted a good casserole on several occasions. Gratin is just a jazzy way to put it.

As many times as I’ve made potatoes au gratin, it’s only in the past five years that I’ve written down the recipe that was taught to me. My mom and grandma always made the dish delicious but they never really measured much. It still tasted the same as the previous one. It was always delicious.

When I started writing my recipe, I consulted several cookbooks but none of them went beyond cream and potatoes. It wasn’t enough for me. I need a crunch. I need cheese that overlaps and dips into some bites more than others. I need the flavors to burst into the air when I take a knife to the pan. This lets everyone in the room know they are ready to eat. I bring my “A” game. And what makes it even better is usually something I can whip up and skip the grocery store.

A little pinch of this and a spoonful of that, we’ve all had someone in our lives who rarely cared about the actual recipe. This recipe for inconsistency has left many of us constantly waiting with bated breath, or a staring gaze, for the oven to finish its part of the preparation.

Part of the beauty of southern cuisine is the ability of great chefs to transform a dish into a flavor and cuisine that reflects the personality of our region’s consumers. Often, these great cooks attract eaters and entice them with flavors, spices, herbs, creams, cheeses, or styles of not only cooking, but also unique ingredients that each region offers.

One of my big worries is that those constantly inconsistent keys and recipes get lost. As many of us are lucky enough to have family members or teachers who spoil us with their cooking, many of us are not. But that doesn’t mean we aren’t hungry for these bites. It’s a tragedy when recipes we cherish are lost in the cycle of time and life and have no opportunity to be revisited or passed on.

I invite you to send me your favorite dish from the region. The dishes that you want readers to not lose touch or taste with are of some importance to you.

— Keep the potato peel! Need something a little sweeter than an Idaho potato peel? Or smaller? Try using a new potato with a thinner skin, such as a red or golden potato.

— Sauté your celery, onion and garlic separately. It also helps to stretch the recipe if you run out of any of the ingredients.

— Use your bacon grease.

— Add olive oil to your butter to prevent it from burning.

— Heat the milk before adding it

— Don’t be afraid of dill or rosemary. There’s not too much in my book. Just make sure that if you’re using fresh, finely chop the grass as much as possible.

— Dry boiled ingredients as much as possible before cooking.

— If you don’t have bacon, add leftover ham. You don’t need to fry it. Just throw it in diapers

– Leftovers? Save them and toss them in a hot cast iron skillet to make the dish even crispier on the bottom. I love to toss an egg and have a unique hot breakfast or late night snack.

2 white or sweet onions, diced (can be substituted with 1 12 oz bag of frozen diced onions)

5 tablespoons flour (use more if you want it thicker.)

Any grated cheese from your fridge (I used Cheddar, Swiss, and Asiago, but any creamy cheese that melts well will work. Gruyere is also wonderful.)

Boil the potatoes. I prefer to take the red potatoes because I hate having to remove the skin. But I also kept the skin with Idaho potatoes. Not only are the peels nutritious, but they also add texture.

In a separate pan, I brown my onions, garlic and celery with a small sliver of butter. Fry until they are slightly crispy.

Bake the bacon in the oven for 20 minutes. If you have cast iron, definitely use it for this. Once the bacon is done, remove the bacon and let it cool. Cut the bacon once cooled.

In the same cast iron skillet, keeping the bacon fat, add the butter and olive oil. We’re going to make the creamy white sauce, and the fat fusion is fantastic. The good thing about using olive oil and not just butter and bacon grease is that it helps prevent burns. Then add a little flour, salt and pepper at the same time. Stir constantly, breaking up any balls of flour that have formed. The desired objective is a smooth and uniform consistency. Slowly add the milk. Don’t leave the pan for a second. It will burn with the added milk if you don’t watch it. I recommend warming your milk to a hot temperature before adding it to the flour and oil mixture. Add dill or rosemary to taste.

Boil the peas. If you remove your potatoes from the pan, use your boiling water to avoid spoiling another pan. Let your potatoes cool, then cut them into half-inch ovals.

Grate as much cheese as you want to use. We’re going to layer all of our ingredients like a lasagna, to make it as cheesy as you want it to be. If you don’t have a lot of cheese, melt it into your white sauce to make it go further.

I like a good crunch, but I like when it’s buttery. Leave some cheese for the top. Thinly slice the remaining butter and place it on the dish. Cover with aluminum foil and bake for 30 minutes. Bake for an additional 15 minutes or until desired crunch and texture are apparent.

Take out of the oven and let cool down. Garnish with dill or rosemary.

The photo and recipe used in today’s article comes from Chef Babz’s kitchen ([email protected]) with a little help from his mother Rita and grandmother Louise.

All Arizona restaurants in the Girl Scout Cookie Dessert Challenge