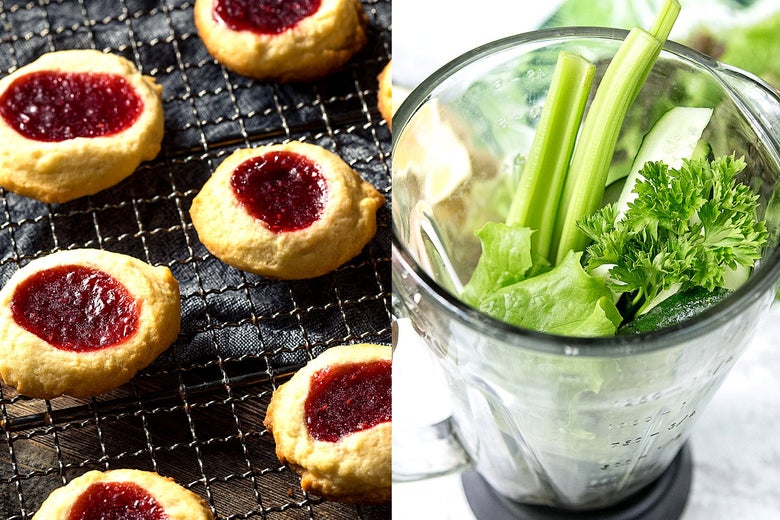 How to actually turn your Thanksgiving leftovers into curries, biscuits, sauces and cookies.

In this week’s episode of Waves, Rebecca Onion interviews Tamar Adler, author of An eternal meal: cooking with economy and grace, on why women end up taking on most of the leftover work. Adler offers his mind-boggling theory of how it all comes down to female comfort with gooey textures. Then, she gives equally transformative advice on what to do with Thanksgiving leftovers. Don’t just reheat them, reuse them. Some of their conversation, edited and condensed for clarity, is below.

Rebecca Onion: I’d like to talk a bit more about the details of Thanksgiving leftovers. I think we all know what to do if you have a turkey carcass – you’d boil it and make a broth, or of course there’s the classic take a bun and put turkey cranberry jelly in it for the turkey sandwich the next day.

Tamar Adler: I think this is one of the good sandwiches.

Friday is easy. If you had Thanksgiving Thursday, then Friday you just have Thanksgiving meal again. But let’s talk about the lees, the less attractive leftovers. Let’s start with the sauce. What would you do if you had a whole bunch of extra sauce?

I think it’s really important to make a sauce as soon as possible after a meal, because once the exact things you put gravy on Thursday aren’t there, it starts to diminish in appeal very quickly. What I like to do is make a stew out of it. Braise a bunch of a different type of meat. You will use your turkey, but beef, slow cooked beef, and use the sauce as a braising liquid.

Then I would also sprinkle it with a little of your turkey broth and probably the rest of the wine in that bottle that you find under the La-Z-Boy or whatever, so that it doesn’t get that thick, because the sauce started with a roux so there is a little flour in it. But if you’re making a really thick sticky stew, the kind you’d put on short, fatty pasta or Pappardelle or something, then it’s okay to have that kind of richness.

And you can use a particularly gelatinous and rich meat, like a shank, oxtail, or shoulder, or just something that you are going to end up with with a thick and wonderful pasta sauce or a polenta sauce. And the good thing about it is also that if you make a big pot out of it, you can freeze a bunch of it when you feel more tasty in a month. But I definitely tried freezing the sauce and I don’t want to go back to it as a sauce. I think it’s really important to just move it forward.

It’s still there isn’t it?

Yeah. It’s definitely still there and taking up space in my chest freezer. OK, what about the mash? Speaking of texture, these become gluten free. Mashed potatoes, squash and sweet potatoes. I always make too much mashed sweet potatoes and then I’m like, OK, what now?

Yes. There are so many. I think this is another one where the faster you transform it, the better off you are. So one direction you can totally go is a scone or a cookie. If you just used mashed sweet potatoes instead of liquid in a scone recipe, it would work. If you have a scone recipe that calls for half a cup of milk or cream at the end, you can just use mashed sweet potatoes. And if it’s really sweet, cut back on the sugar. Sugar doesn’t make a ton in scone recipes. So it is one.

Another that is really good, depending on how sweet yours is, is to make it into a Thai style curry or soup. Curry flavored soup, where you start by cooking some curry paste. Red curry paste, so it’s not all brown at the end, because red plus orange is good, but green plus orange isn’t as good. But you can cook the curry paste in a little coconut milk and then add your mash and coconut milk. And then you can add shrimp or fish and make it really, really spicy, really, really different from your Thanksgiving meal. If your Thanksgiving meal wasn’t spicy, put a lot of Thai basil, something like that.

Can you freeze portions of mash?

So I’m sure you could keep some of their qualities. But I also really like Vichyssoises when you pass them through the mill, if necessary, then add milk and cream. Or you can do the same and add clams and have really good clam chowder, clam chowder and potato chowder. Or I also like to just spread them out and bake them, spread them in a gratin, make them even a little richer, put a bunch of grated cheese and breadcrumbs and bake them.

What about when you clean the Thanksgiving table and there’s the salad bowl that has a bunch of soft leaves on the bottom? What would you do with it?

Well i like it. I would probably eat it unless it was really late. If it was until half an hour before bed I would eat it, but I also had very good experiences keeping it as is. And then the next day, sort of ring it a little, then finely chop it and put it in a cornmeal pancake batter and make small donuts. And it ends up being a pretty bright green or any other flavor. It doesn’t even matter. Just chop it smallâ€¦ Ring it, chop it small and put it in cornmeal pancakes and make savory pancakes.

Do you know what I did too? I don’t remember exactly what I did. I mean, it’s in my next book, but I mashed it up and then it’s this amazing rich green stuff that I used to make a sauce entree. I used it to make this super bright green mayonnaise. And actually, to the point of whether or not you serve leftovers to people outside of your family, I used a mashed salad, but I liked the taste so much that I made it into a dressing, and I took it to a writer’s house and served it to 25 people over the summer. And everyone was like, oh, this dressing is so good and it literally started with my old mashed salad.

What about the Sweet Potato Marshmallow Casserole, which ends on my Thanksgiving, not with my own hand and I like a few scoops of, but ends up being super sweet. Have you ever had to reuse any of these?

What I would do is remove the marshmallows and use them to make Rice Krispie treats. Where you melt them. And then that would be Pumpkin Spice Rice Krispie treats, then use the mash to make muffins or scones. You can make pumpkin bread. It can do anything you would with mashed pumpkin or even banana bread, any type of sweet thing you can do with this casserole.

And maybe reduce the amount of sugar by your own judgment.

I have one last. And the end of the cranberry jelly? The club type, what would you do with that?