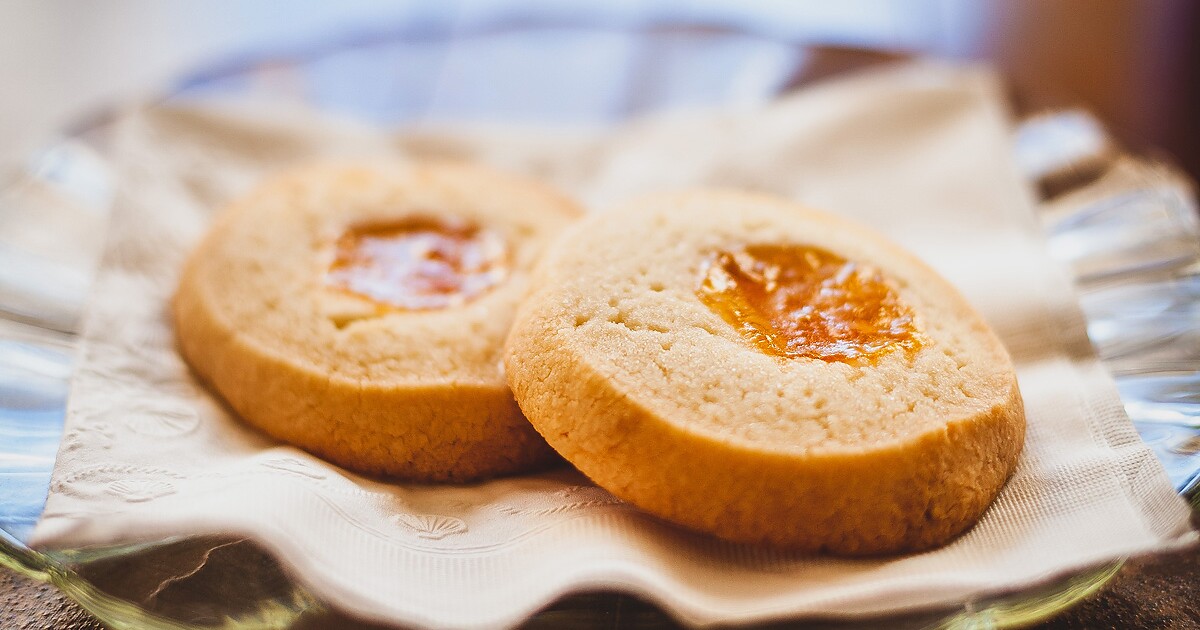 Today’s recipe is courtesy of my uncle on my mom’s side. I learned this years ago as part of the healing process following a tragic family event. Ten years ago this Friday, my mother’s second younger sister, Sally – whose room I now occupy – died of sudden pneumonia. She had just turned 60.

My uncle, who is two years younger than my mother and two years older than Sally, left San Diego to go to college as a child, returning for an occasional visit or an important family event. He flew to town right after Aunt Sally entered the hospital and stayed there for a week, giving my grandma, mom and younger sister (my current roommate) a lot of strength. necessary.

After a week, we were hoping my Aunt Sally would recover, so my uncle came home. Unfortunately, shortly after her plane left, my aunt took a bad turn and a few hours later she was gone. Two days later my uncle returned to San Diego for the funeral and stayed until Christmas.

â€œWe’re not canceling Christmas,â€ proclaimed my surviving aunt, the day Aunt Sally passed away. The Christmas season was Aunt Sally’s favorite time of year. Each year, she sent the most beautiful cards, usually depicting angels. She had already bought them and finished shopping for Christmas presents. So we hugged and prepared for the joy of Christmas to collide with our grief.

On Christmas Eve my uncle called me to tell me he was baking Mexican sugar cookies and asked if I wanted to come to my grandmother and learn her recipe. We had mentioned cookies a week earlier while in the hospital waiting room. He had brought a box of Mexican fresh from the bakery pan dulce (sweet bread). I told him that the top coating of conch shell – a roll enriched with a decorative and crumbly top layer, resembling various seashells (conch means shell) – was the only part I generally liked about this particular pastry. He told me he knew how to make it and that the pink Mexican sugar cookies I loved as a kid were the filling for conch shell transformed into a cookie shape.

So when he called with the invitation, naturally I said yes. Camera and notebook in hand, I walked over to my grandmother’s house for class.

Traditionally, these cookies are scented with vanilla, chocolate or rose (thanks to a few drops of red food coloring – my favorite growing up). Chocolate and rose have a filling of coarse sugar; powdered sugar overcomes natures (called polvorones, not to be confused with Mexican wedding cookies, which are smaller, fatter butter cookies with chopped pecans). My uncle puts his signature on the vanilla ones, topping them with good quality jams and turbinado sugar, a light brown raw sugar that has large crystals, instead of powdered sugar.

These cookies were a hit on Christmas Day. Neither of us had ever eaten it with canned food. It’s a delicious contrast to the cookie itself, offering a different texture and slight acidity.

However, the best part of this cookie lesson, for me, was the chance to spend time with my uncle around a common passion during a difficult time. As usual in our family, cooking and spending time together can help us overcome almost anything.

My uncle’s recipe is traditional: the fat in this cookie is lard, which gives the cookie the slightly chewy texture it is known for without adding flavor (use white lump lard, not the melted lard used for the making tamale). If you are opposed to using lard, use vegetable shortening. Avoid the temptation to use butter, as its high water content will change the texture (not to mention, if you substitute the butter for the signature lard, you might as well make a standard butter cookie). Also, like they did before electric beaters, my uncle uses his hands to mix everything up so he can feel the texture. Do not hesitate to do the same for similar results.

Cream the sugar and lard with your hands until well combined. Add the vanilla, then add the eggs, one at a time, mixing well to incorporate. Add 5 Â½ cups of flour, baking powder and Â¼ teaspoon of salt. Mix well. The cookie dough should not be sticky. If so, add more flour Â¼ cup at a time until the dough comes together and no longer sticks to the bowl.

Divide the dough into thirds. Lightly flour your work surface. Roll each third into a log about 2 to 2 Â½ inches in diameter. Wrap each log in parchment paper (or waxed paper or cling film, as desired) and refrigerate for 30 minutes.

Preheat the oven to 300 degrees. Line three cookie sheets with parchment paper or a silicone baking mat. Put aside.

Take a log out of the refrigerator and unwrap it. Working quickly, so that the dough does not have time to heat up, cut the log into 10 to 12 slices, about Â¼ inch thick, placing them on a cookie sheet 2 inches apart. As things progress.

Using your thumb, make an imprint in the center of each cookie halfway up. Fill the cavity with Â½ teaspoon of jam. Sprinkle the cookies with turbinado or other coarse sugar. Bake in preheated oven for 15 to 20 minutes or until cookies are set but not golden, being careful not to overbake. Remove from oven and let cool on pan for 6 minutes before transferring to a cooling rack to finish firming.

Repeat with the remaining logs. Cool completely before placing in an airtight container – store for up to a week.

For the apricot cookies: Follow the recipe using only the first third of the dough for the apricot version. Roll into a log and proceed with the rest of the instructions.

For the pink cookies: Add 2 drops of red food coloring to the second third of the dough. Roll into a log and proceed with the rest of the instructions, skipping the steps for the apricot.

For the chocolate cookies: Take the last third and knead in Â¼ cup of good quality unsweetened cocoa powder. Roll into a log and proceed with the rest of the instructions, skipping the steps for the apricot.

Recipe is copyrighted by Anita L. Arambula and is reprinted with permission from Confessions of a Foodie.

Arambula is the artistic director and designer of the food section. She blogs at confessionsofafoodie.me, where the original version of this article was posted. Follow her on Instagram: @afotogirl. She can be reached at [email protected]