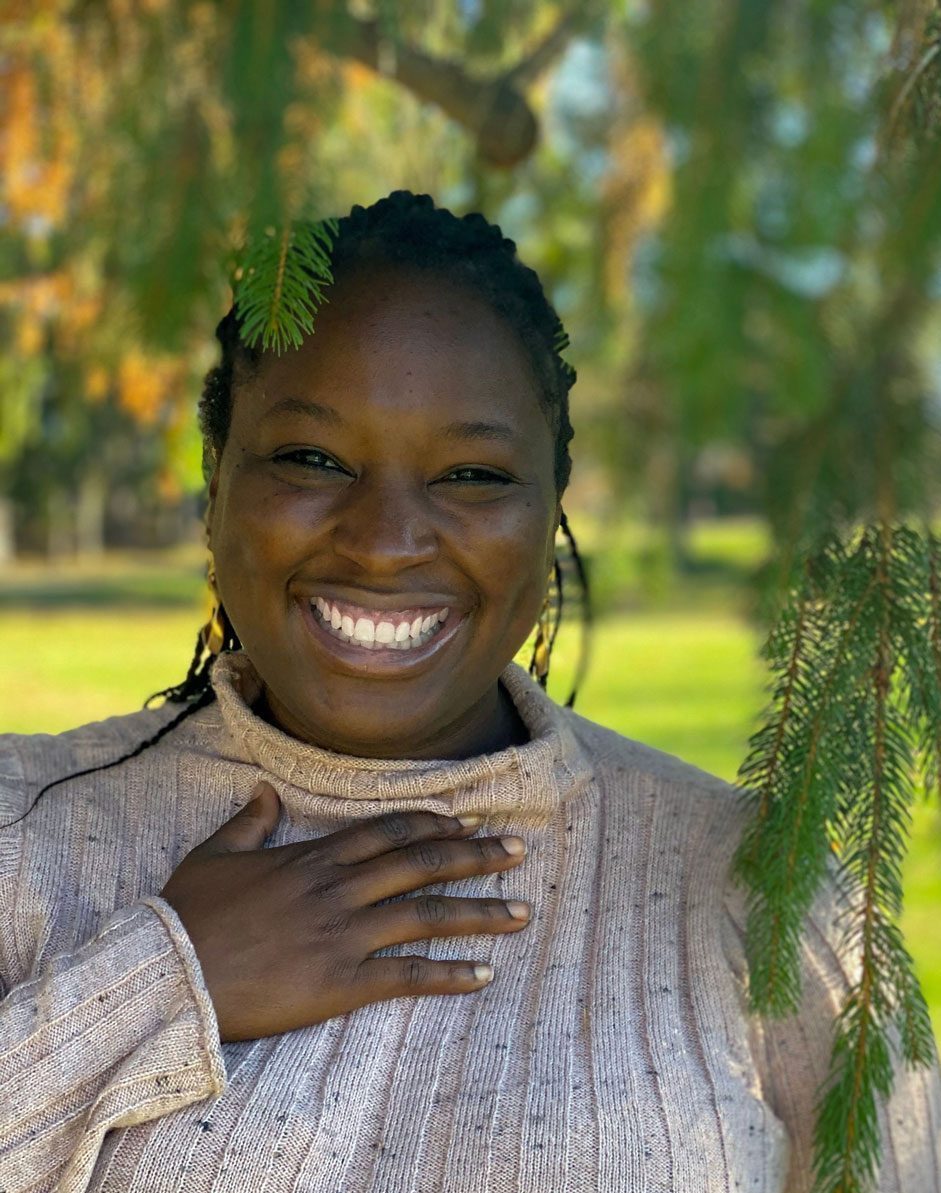 Kayla Stewert is a food and travel writer who grew up in the South. “So a lot of people assume that African American food consists of collard greens, macaroni and cheese, and fried chicken. They are, but by no means the only food we eat,” Stewert said.

She said that in Texas you’ll see a lot of barbecue and traditional Southern dishes, but in Louisiana there are more seafood and vegetable dishes.

“New Orleans is home to Creole and Cajun cuisine that simply wouldn’t exist without black minions,” Stewert said. Many black chefs have gone uncredited for their contributions to New Orleans cuisine. She said their ideas were copied and in some cases white chefs were cooking black dishes.

“What’s really exciting about black food now is that some black restaurateurs are able to feel more creative – trying new things, taking traditional dishes and expanding them to create their own model of what black food can be,” she said.

Two things determine whether Chinese or Mexican food or any ethnic food is authentic or traditional: where it comes from and who cooks it. According to Stewert, this is a false distinction because most cuisines are fusion and many ideas and dishes may not be traditional but authentic nonetheless.

“Maybe the communities here are just even more regional variations, just like these other countries of origin and ancestral places have different regions and styles, maybe the style that’s in Chicago, or LA, or New York, or Houston, or New Orleans is just one more region to add to this beautiful tapestry of our cultures,” said Quincy Surasmith.

Surasmith is editor of Feet in Two Worlds, a nonprofit newsroom for and by immigrants that focuses on food, among other issues. It was founded in 2004.

“Think of food as a lens. It’s a way of understanding immigration, work, business and politics,” he said.

Surasmith said you won’t find a New York-style spring roll in LA. And Thai cuisine in the United States is much richer in meat than in Thailand. Fortune cookies started in Japan. Pepperoni pizza is not Italian, although Margherita is. Journalists who write about food have many ways of reporting on things other than food.

Silvana Salcido Esparz grew up in the back of a Mexican bakery in central California. She said her family had opened 18 bakeries catering to migrant farm workers. She owns restaurants in Phoenix.

“Our bakery has become the small store, the center of our culture.” Salcido Esparza’s father was a preacher.

From an early age, she learned the idea of ​​serving her community through food and bread. At age 15, she began selling carnitas, a traditional Michoacán pork barbecue that was new to California at the time. “I sold out every weekend,” she said.

“One Saturday we were preaching in the migrant camps and one Wednesday I’m with my dad selling bread in the back of his truck and watching them pull out crates of tomatoes or peaches to trade with my dad for a gallon of milk or bread,” she said.

She noted that barbecue is a huge American favorite with festivals and competitions all over the country. “It’s not typical of assimilation but more of appropriation…because this food developed from the Mexican culture of pit cooking,” Salcido Esparza said.

“So the immigrant is very important in the food we serve,” she said.

“Food absolutely can be such a joyful and wonderful thing, and it is, but it’s also an opportunity to talk about the very real issues that have existed in our country since its founding and continue to exist and I encourages everyone to use food not as a way to get out of difficult conversations, but as an opportunity to talk about history, race, gender and women’s rights and as a way to talk about all the issues that we have conversations about and try to express in our work.

Keep your kids busy this summer with these easy baking recipes