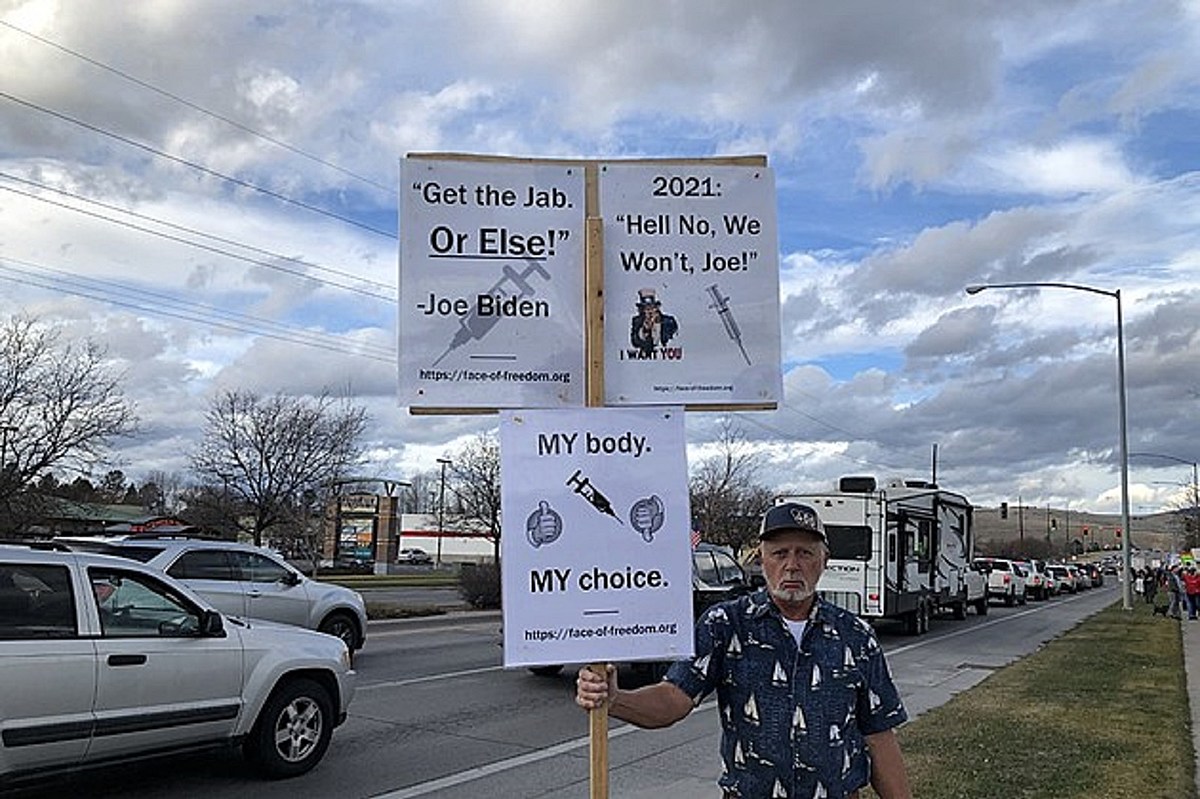 ‘Face of Freedom’ group to greet protest truckers in Missoula

face of freedoma grassroots organization that has staged several protests in Missoula over the past year, will welcome protesting truckers who drive through Missoula, first on Sunday and then again on March 2.

“There’s a group coming out of Hamilton,” Mitchell said. “It’s local. They’ll be driving up Highway 93 to Missoula and a circular route through Missoula and then back to Hamilton the same day. So we’re going to meet them as well, right there on Reserve Street, where we regularly host a street protest outside Lowe’s, and they’ll walk right past us.

Another group of truckers will be heading to Missoula on March 2, and Mitchell said those vehicles will stop in Wye en route to Washington, DC.

“We are supporting a convoy that is supposed to come out of Spokane as part of a national movement to send the same message and the same type of movement to Washington DC very soon in March, I believe around the first part of March,” a- he declared. noted. “Part of this group is coming out of Spokane and they’re going to stop at Missoula in the Wye, which will be their first stop on their way to Washington, DC”

Mitchell provided a definition capsule of “Faces of Freedom”.

“We are committed to promoting freedom in all aspects of life, no matter what,” he said. “We work with various groups even if we are not 100% in tune with their philosophical or political views. If they are interested in freedom, we work with them.

Mitchell said the very idea of ​​government-issued warrants is a step away from freedom and a step toward tyranny.

“Mandatory vaccinations; obligatory masking; mandated this or that or the other is an invasion of someone’s liberty, and telling someone they need to show their arm and get a shot just because someone in Washington decided they should doing is just not freedom, and because of that we are against it,” he said.

Mitchell and “Face of Freedom” will demonstrate peacefully Sunday afternoon just off Reserve Street near Lowe’s Home Center. He says all freedom-loving individuals are welcome to attend.

Fun indoor activities around Missoula to keep your kids entertained

Looking for entertainment while the winter weather keeps the kids indoors? Here are some indoor activities around Missoula that will help pass the time.

Download the KGVO app to access Talk Back On Demand, get alerts with breaking news, and listen to featured guests anywhere, anytime.