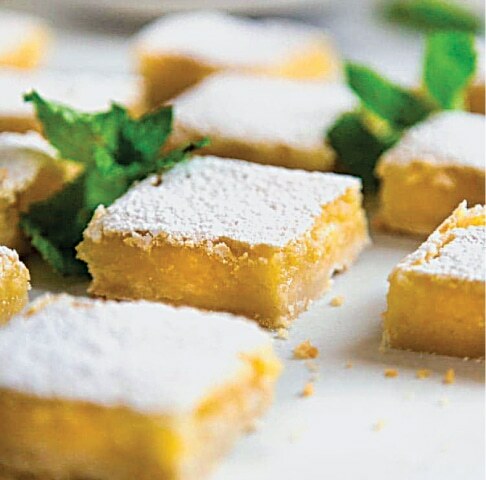 You can serve me a lemon dessert (pie, cookies, cakes, etc.) pretty much any time of the year, but it’s an especially welcome addition to a summer meal or an after tea. -midday. The tang of lemons is deeply refreshing in hot weather and the cheerful lemony yellow color adds a bright touch to any table.

Since you probably don’t want to spend too much time in the kitchen on hot days, you can try your hand at making lemon bars. Not only are they quick and easy to prepare, but they are also very versatile. You can serve them with whipped cream or even ice cream for an after-meal dessert, or dusted with icing sugar for a gourmet snack.

Lemon bars are a combination of a shortbread crust and a lemon curd or custard filling. They are particularly popular in the United States, where they are an absolute must-have at bake sales in particular.

Like most popular foods, the origins of lemon bars are unclear. However, the two elements used in this dessert have been around for quite some time. Scottish shortbread originated in the 12th century and English lemon curd was a 19th century invention. Culinary scholars believe bars were probably invented in America in the early to mid-20th century, when bar cookies — date bars, brownies, and cheesecake bars in particular — were gaining popularity.

The first known lemon bar recipe was published in the August 27, 1962 edition of the Chicago Daily Tribune and was submitted by a Eleanore Mickelson in a column titled Today’s $5 Favorite. Unlike modern recipes, which use several eggs and significant amounts of lemon juice (and even lemon zest) for richness and flavor, Mickelson’s recipe used only two eggs and three tablespoons of lemon juice. lemon.

In 1963, the big guns, aka Betty Crocker Inc, got into the game and released a lemon bar recipe, and from then on lemon bars became an American favorite.

Although the lemon bars are very easy to prepare, as always, there are a few tricks to ensure that they melt perfectly in your mouth:

Be sure to bake the shortbread crust until golden brown. Although most shortbread is only baked until pale, in this case it is important that the crust browns so that the lemon curd does not seep into the shortbread. Otherwise, you’ll just get a dry, chewy lemon bar.

Do not over-whip the eggs. It is important to whisk the eggs only lightly for the lemon filling. Whisking them too much will give the finished product a thin meringue crust on top (similar to brownies) and that’s not ideal in a lemon bar!

Do not overcook or undercook the bars. Follow the temperature and time instructions for cooking, but also use your eyes to check when the lemon curd is set, ie not too jiggly, but not overcooked.

Preheat the oven to 180°C. Line a 9-inch square pan with foil, leaving an overhang on two sides and grease the foil.

Make the shortcrust pastry: Beat the butter with an electric mixer until smooth and stir in the sugar until creamy (about 2-3 minutes). Add the flour and salt and mix until a dough forms. Press batter into bottom of prepared pan and bake for 18 to 20 minutes, or until sides and center are golden brown.

It is very important to cook the shortbread until it is golden brown. If you undercook it, the lemon filling will soak into the crust and you will have dry lemon bars.

Prepare the lemon filling: In a bowl, use your fingers to rub the lemon zest with the sugar (this helps release the oils from the lemon zest for added flavor). Stir in salt and flour. Lightly whisk the eggs (do not over-whip) in a separate bowl and add to the sugar mixture in two batches and mix well with a spatula. Slowly add the lemon juice and mix until just combined.

Pour the lemon filling over the hot shortbread crust and bake for 18 to 20 minutes or until the sides and center are set and there is no jiggling in the center. Let cool to room temperature then cover and refrigerate for a few hours before cutting into squares. Sprinkle generously with icing sugar after slicing.

8 New Restaurants to Try in and Around Boston Right Now