A perfectly cinematic drama, the story of Elvis (Butler) is seen through the prism of his complicated relationship with his enigmatic manager, Colonel Tom Parker (Hanks). As Parker recounts, the film delves into the complex dynamic between the two spanning more than 20 years, from Presley’s rise to prominence to his unprecedented stardom, against the backdrop of the changing cultural landscape and the loss of innocence in America. At the center of this journey is one of the important and influential people in Elvis’ life, Priscilla Presley (Olivia DeJonge).

History is an interesting beast. We are presented with books, photos and videos that paint a certain picture of what the establishment wants us to know about our past – basic knowledge if you will. It usually consists of learning that there have been a few bad times, a few wars, but we’re here now, so it’s fine. There is no real nuance and rarely enough depth. And no, all is not well now. Luckily, if you happen to go to a decent college or dig in as you get older, you find that most of what you’ve learned is a lie or only half the truth. In fact, aside from a few select moments, the entire story is almost entirely negative. And that’s okay because we can do better if we know better. Also, on an individual basis, of course, it’s not that simplistic. What I mean is, we just want to know what’s real, at least most of us do. Our skewed version of history has often demonized those who are trying to do the right thing as well as those who are simply trying to exist while it then defends the agents of hate, violence and supremacy. It can omit contributions made by many altogether to allow a select few to be celebrated even if they have done nothing. Or worse, it attempts to completely erase your culture. They say the winners write history, unfortunately, in real life, the bad guys can win too. We are slowly righting the ship, but with weaponized information and so many people clinging to lies, some will deny, fight and even kill to preserve the whitewashed version of the story that is racing through their heads.

“Without me, there would have been no Elvis Presley.”

Elvis may have left the building for good in 1977, but his spirit lived on for decades. The collective love of music, the infatuation with the man and the thought of what could have been brought us all to this moment. Directed by Baz Luhrmann, Elvis is an electric Rock ‘n’ Roll roller coaster. The biopic is as much a celebration of the life and music of Elvis Aaron Presley as it is an exploration of what he stood for and how he was exploited. Unbeknownst to me, it’s a story that’s as dark and evil as it is golden and glamorous. The film tells the story of his life from beginning to end, but in an exciting and unconventional way. Told by Tom Hanks’ character Colonel Tom Parker and told in part from his perspective, it’s a tale designed for two. The raucous, full-throttle, Cadillac-driven overall narrative is reminiscent of the fable, The Scorpion and the Frog— there are no winners.

The biggest thing I was looking for that would make this movie a failure if it wasn’t included was the people and the culture and the music that inspired Elvis – black culture and black music. Much to my delight, it’s not just included, but explored and constantly referenced because it’s what shaped his career and him as a person. Elvis was not only influenced by black music but he was imbued with the spirit of the culture, it is there that he took root the most. The film does not sidestep the racial tensions of the 1950s South or the tragedies of the 1960s that sparked rebellion and discontent in Presley. He moves deftly and seamlessly from Elvis, the man of the people, to Elvis, the contractually kidnapped. He spoke, rebelled, and wiggled his hips as he did. He captured the eyes, ears and souls of America, and it terrified those in power who hated the very people he called his friends and peers. As the film delves into the relationship between Elvis and his future wife Priscilla, there’s one thing it doesn’t focus on: the age difference. When the two met, he was 24 and she was 14, they clearly had a relationship and got married when she was 22. this will be a subject of discussion once again.

“These people won’t change anything for me!” »

Elvis is completely captivating. You will laugh, sing, dance and even shed a tear or two. It’s sometimes overkill in the best way. The music-filled biopic is expertly shot and edited, the costume design and production are a master’s kiss, and it’s incredibly well-written. This movie also features one of the best performances you’ll see all year. Austin Butler has arrived! He’s magical on screen and even after the footage of the real Elvis you almost can’t tell the difference. Butler rocked the moves, sang the songs, spoke the speech – he completely transformed. This glamorous and tragic story is worth living more than once. It covers so many aspects of his life, I’m sure there are things even superfans will learn. I loved the movie. It’s a real cinematic experience and a must. It’s definitely one of the top 3 movies of the year so far. Its reviewability is high.

This movie is rock solid from start to finish. Unlike other biopics, the stylistic way the story unfolds quickly grabs your attention and masterfully shapes the narrative in a way that never loosens its grip. Normally, there are one or two aspects of a movie that jump out at me and are worth noting even if the movie isn’t that great. In this case, the whole film appears. I can’t choose just one thing because I was completely blown away by it all. However, if you were somehow able to twist my arm, I’d say Austin Butler’s performance is what made it phenomenal.

There’s no doubt that it’s a fantastic cast of actors, singers, and musicians, however, it’s takeover Austin Butler and Tom Hanks. Their performances are so imposing and captivating that it’s as if no one else exists. The spirit of Elvis seemed to inhabit Butler’s body as he transformed completely into a hip legend and gave the performance of a lifetime. From the looks, the voice, the singing and the righteousness, I gained a new respect for the so-called king of rock ‘n’ roll. I was completely unaware of Hanks character Colonel Tom Parker and would hate to know him. Hanks brings to life a man who would start a fire just so he could put it out and be called a hero. He’s the worst scammer. He preys on the vulnerable, steals from the poor, and is only useful if it benefits him more. Hanks did such an amazing job that if he wasn’t dressed in a costume and prosthetics to make him almost unrecognizable, you might actually kind of feel a way if you saw him in person. Again, they worked wonders. 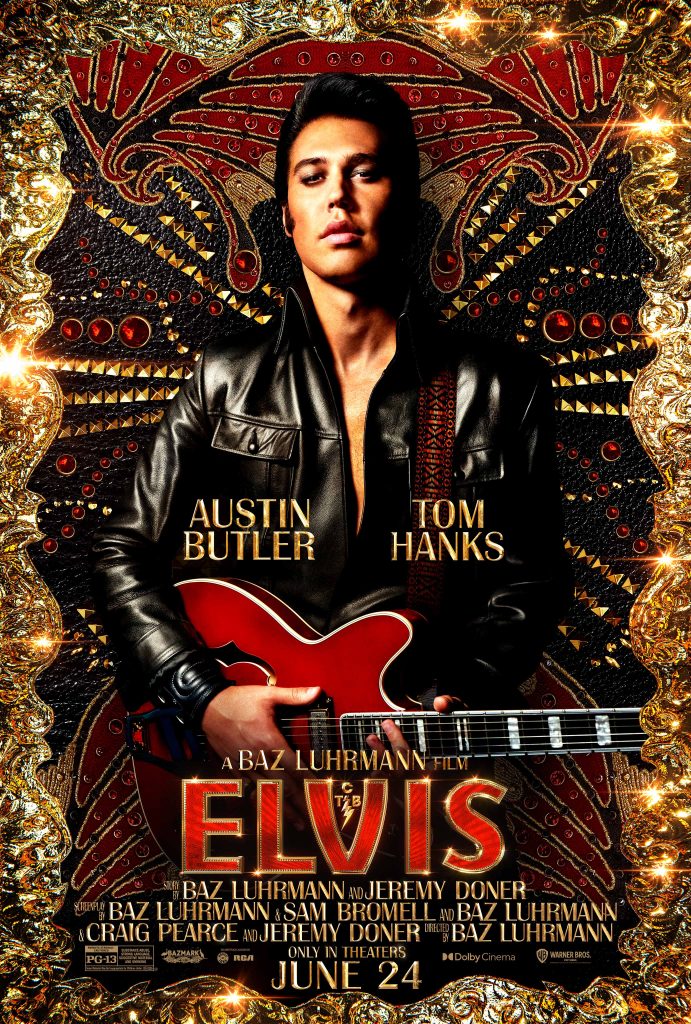