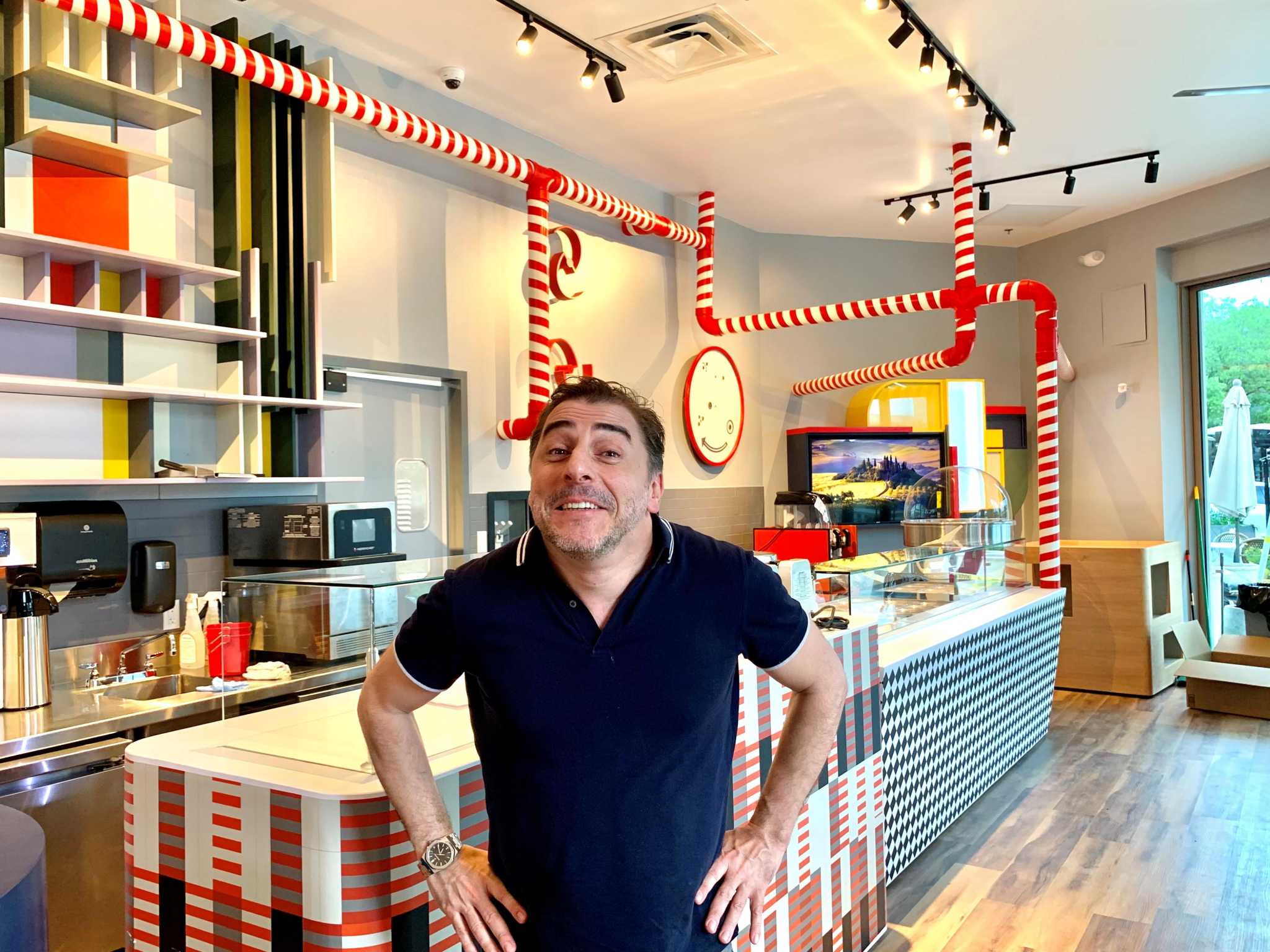 I’m so ready for this.

I’m a soft-serve fanatic, having grown up in Vermont, where the culture of what we call “Cree-Mees” is deep and seasonal. As an adult, I can’t help but chase after soft-serve everywhere I travel, from Kyoto to Barcelona – where I had my intriguing first taste of Rocambolesc.

The shop is a cool glass nook on La Rambla, the famous pedestrian street that runs past the Gothic Quarter. I popped in to try a cup of coconut and violet sorbet one night, and the combination haunted me. So the next night I decided to try the simple chocolate cone, which twisted skyward like one of Gaudi’s turrets at the nearby Palau Güell.

Superior stuff. So I was thrilled to learn that Jordi Roca would be opening the first Rambolesc outside of Spain in Houston. This is only the fifth such store. There are two stores in Madrid and two in Girona, where the Roca brothers – Jordi, Joan and Josep – operate their top-flight restaurant El Celler de Can Roca. The foodie mecca has twice won the top spot on the World’s 50 Best Restaurants list.

It made sense that Catalan chef Luis Roger and his business partner Ignacio Torras, of BCN and MAD here, were behind the Houston project. Both are Barcelona natives, and with the opening of their MAD restaurant in the River Oaks neighborhood, they evoked a jolt of the same Spanish modernism that drives the Roca brothers’ cuisine.

The Houston Rambolesc is located between the Songkran and Etoile restaurants, opposite Hugo Ortega’s Urbe. It’s considerably larger than the Barcelona store, with indoor seating rather than strictly in-and-out counter service, as well as an elegantly furnished patio.

But I recognized the icy white neon lettering and whimsical candy cane stripe. They are placed in a stunning three-dimensional grid and preceded by counters clad in stripes and checkerboard patterns.

You can get the soft serve and sorbet in a simple cone or cone; or in a cone with garnishes.

Jordi Roca himself was in town for staff training when I visited last week. I peeked inside the freezer that holds the brand’s whimsical ice pops – the most famous of which is a replica of the Roca family’s majestic nose. I spotted the tiered birthday cake-shaped bars, which come in milk chocolate and spiced tea versions, or raspberry, white chocolate and yogurt versions.

I made a mental note to bring a small purse-sized cooler on my visit, and wondered if the Houston store would stock the dark blueberry sorbetto pops molded in the shape of Darth Vader. helmet. Not to mention the surreal pop known as the “finger of Christopher Columbus”. There is a Dada trend worthy of Catalan artist Salvador Dali in some of Rocambolesc’s confections.

I can’t wait to see what flavors and toppings the shop will open with. And I hope to try one of the famous panets, a hot and cold ice cream sandwich that seals a buttery brioche batter around soft ice cream or sorbet.

I also want to see the bright red gears and pulleys on the workshop wall come into mechanized action; and to see my fellow Houstonians swinging in the illuminated circular swings that adorn the patio. Everything about this new dessert shop looks fun.

Researchers try to open Oreo cookies without dividing the cream