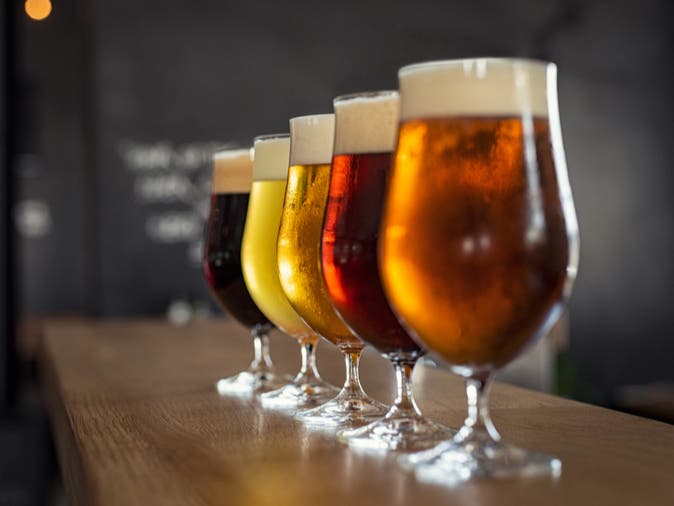 MASSACHUSETTS – Welcome to a brand new edition of Eat Mass, Patch’s weekly roundup of food and restaurant news in Massachusetts. Scroll down for more, including:

Boston Beer Co.’s seasonal beers have long been expected and loved by beer connoisseurs over the years. Now the liquor company is releasing a beer so potent it’s been ruled illegal in 15 states, including two here in New England.

According to Sam Adams’ website, Utopias is a blend of lots, some of which have aged up to 30 years, with its flavor described as “a rich and deep malty smoothness reminiscent of vintage port, cognac or fine sherry”.

Priced at $ 240 a bottle, it will only be available in the Massachusetts, Maine, Rhode Island and Connecticut areas. Utopias will not be shipped or sold in New Hampshire, Vermont, Alabama, Arkansas, Georgia, Idaho, Missouri, Mississippi, Montana, North Carolina, Oklahoma, l ‘Oregon, South Carolina, Utah and West Virginia.

South Shore pizza bar is heading to South Boston: Thin and crispy bar-style pizza is a staple on the South Shore, but how can lovers get that authentic taste without having to make the trip by car? Bardo’s Bar Pizza has the answer by bringing all this goodness to Castle Island Brewery in South Boston.

Featuring a tangy blend of cheddar cheese and mozzarella cheese for all of its pies, Bardo’s selection of uniquely topped pizza includes sausage, linguica, pickles, bacon and mushrooms. Some of his specialty pies go beyond classic toppings, like his Happy Camper (fresh mozzarella, pesto, kale, roasted red peppers, and Parmesan) and Bigge Shrimps (garlic shrimp, basil aioli and arugula). Fancy something other than pizza? Also on the menu, chicken wings, pretzel bites, sandwiches and salads.

Since beer and pizza are often paired, Norwood’s Castle Island Brewery Co. is also opening its tasting room, which will seat 400 people. Run by the family who own and operate Lombardo’s in Randolph, Bardo Pizza open September 23.

Watertown Russo’s longtime market closes: After more than 100 years in business, the Watertown Russo’s grocery store officially closed its doors last Saturday. Owner Tony Russo has worked in the family business for over 70 years, and announced his retirement and the store’s closure last month. Originating on a farm in 1919 and eventually expanding into wholesale and retail, Russo’s sold fresh produce, flowers, pasta, baked goods, meats, and ready meals.

Somerville’s 16th What the Fluff? The festival returns this week: Thanks to Marshmallow Fluff, Massachusetts’ most famous sandwich is without a doubt the Fluffernutter. After a hiatus due to the pandemic, an event held at the birthplace of the crucial Gooey Marshmallow Cream for this sweet and savory concoction will once again commemorate its creation. The What is the Fluff? The festival will hold its 16th annual celebration in Somerville’s Union Square September 22-26, focusing on all things Fluff. The restaurants and bars participating in the festival include Machu Picchu, Momo N Curry, Gracie’s Ice Cream and The Independent.

According to the official Marshmallow Fluff website, it was created in 1917 by Archibald Query. Query made the cream in his house and sold it door to door, but was forced to close due to shortages during WWI. After the war, he sold the recipe to the two men who would go on to form Durkee Mower, the Lynn-based company that continues to make Marshmallow Fluff to this day.

Get all the details on What the Fluff? Festival by visiting https://www.flufffestival.com/.

Katy Kostakis is a freelance writer specializing in the arts and entertainment, lifestyle, health and wellness, and food and beverage. She’s written for Gannett’s Wicked Local, YourTango and
Film survey.

11 Special Offers For Your Coffee Obsession On Nat. Coffee day

Check Out Our Latest Stories Here!