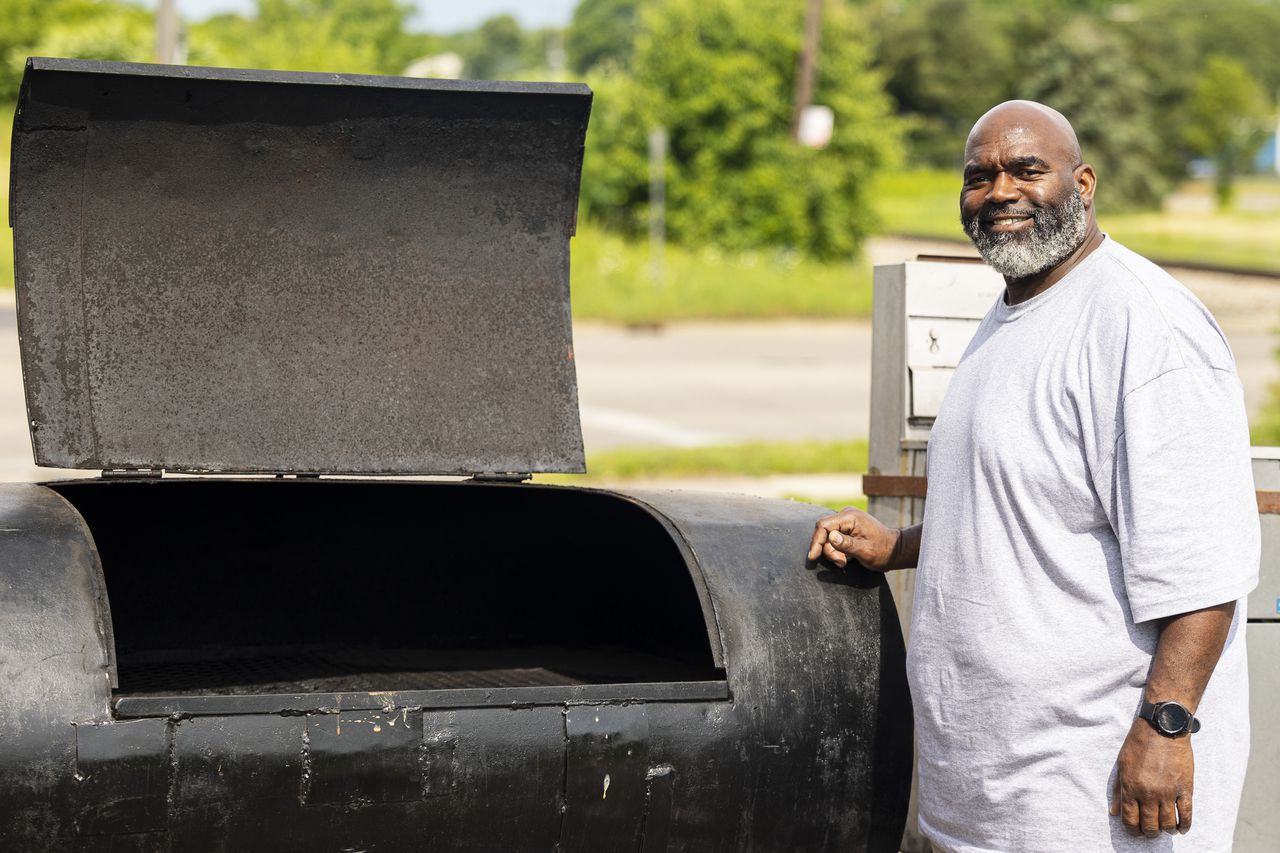 KALAMAZOO, MI — About five years ago, Jonathan “Big Baby” Frazier thought it was time for a change.

A former All-State football player at Kalamazoo Central in the 1980s, who later played collegiate at Arkansas Pine-Bluff, Frazier’s body was now approaching 50.

Years of heavy weightlifting and working out had taken their toll, resulting in numerous surgeries and limited mobility; but in 2016, Frazier received the biggest blow, when his 16-year-old son Marsavious tragically died in a gun accident. At the time it happened, Frazier was in a hospital recovering from shoulder surgery.

Related: The teenagers were sitting next to each other in a meeting place when the gun went off

“It was a game-changer,” he said looking back. “I was going through all of this with my body, I had surgeries almost every two months for about a year and a half and something had to change.

“So I started cooking to keep myself busy. People started wanting to buy cookies and so I decided to enroll in a cooking school.

Frazier’s pastries caught on quickly, and it wasn’t long before he launched Big Baby Delights LLC. and began selling cookies, pies and pound cakes online and off. From there things quickly developed and before he knew it he was hosting private events and hosting Soul Food Sundays.

The evolution was natural for him.

For Frazier, aside from family and close friends, there had always been only two things that mattered.

“It was football and cooking, cooking and football,” he said. “I have been cooking since I was a child, I followed my mother in the kitchen. I learned a lot from my uncle and my father too.

Frazier, taking a page from his uncle’s book, invented his own seasoning.

Soon this seasoning – a perfect tenderizer for ribs, burgers, chicken or catfish – will be seasoning its meats in its first brick-and-mortar store.

The storefront, located at 1381 S Drake Rd. in Kalamazoo, in the same strip as Hungry Howie’s and TNT Pawn Brokers (just southeast of the Drake/KL intersection) won’t be open until sometime later this year , but Frazier will do a two-week soft opening, starting Saturday, June 11 in front of the storefront.

“I hope people see me here on the grill and stop by,” he said. “We will start serving at 11 a.m. every day until we run out of food.”

During the soft open, Frazier said he plans to serve ribs, short ribs and fries. He said it will be open five days a week except Monday and Tuesday.

Once Bib Baby Delights is built and ready to open, it will have one side dedicated to its baked goods and another to its barbecue and other culinary delights, such as fried turkeys, wings, and baked macaroni.

Michigan’s Best Local Food: ‘This is our home’, says regular at Nina’s Café in Kalamazoo

How to Eat Through Blackstone Valley in a Weekend