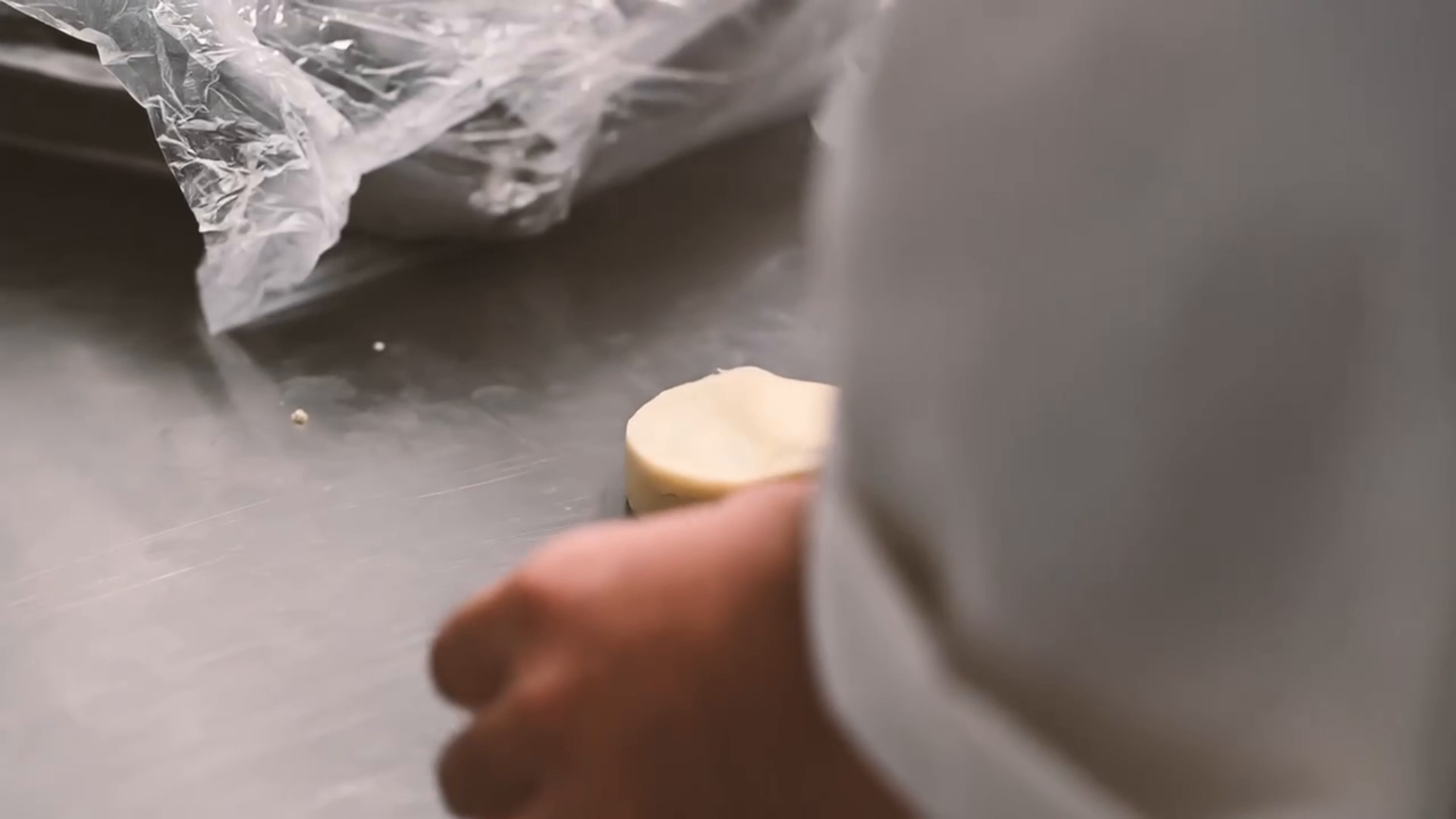 Autistic teens excited to intern at a bakery

Feng Xiao skillfully kneaded a piece of dough, filled it with sesame filling, and molded it into a moon cake shape, almost as quickly as his master working alongside.

The 20-year-old trainee from a local bakery can prepare and cook mooncakes as skillfully as an experienced dim sum chef. However, he rarely speaks or makes eye contact with co-workers or customers.

Feng was diagnosed with autism at the age of three after his parents discovered he was unresponsive and could barely speak with others.

After receiving more than six months of free training supported by a temple in the city, Feng and around 30 other autistic youngsters started taking turns working at a bakery starting this weekend as chefs. trainees.

“It revives my hope that maybe Feng can find a steady job and work like ordinary people,” said Wu Fang, his mother.

The non-profit training session was launched by the Shanghai Juequn Cultural & Educational Foundation of the Jade Buddha Temple in March 2021.

The products they manufacture are marketed under the “Starry Dessert” brand. Part of the profits are donated to help autistic groups.

As a key internship base, La Fonte Cafe and Bakery opposite the temple on Anyuan Road in Putuo District officially appointed some of the early graduates, including Feng, to work around three days a week.

As the Mid-Autumn Festival approaches, which falls on September 10 this year, the bakery receives an increasing number of customers for the freshly baked seasonal mooncakes.

“Feng is quite sensitive to numbers and has strong learning and operational abilities,” said Zhang Jie, training project manager.

“He will concentrate fully on the job and strictly follow the orders of his masters,” she added.

Many customers visited the small cafe after visiting the popular temple, while others paid a special trip to support autistic groups.

“I came to support studious autistic teenagers, but found the pastries here surprisingly good,” said Raymond Yan, an accountant working in a nearby office building.

However, it was a bumpy experience for Feng to become a skilled baker, as well as for his mother.

Although he studied cooking, gardening and other basic skills at a downtown vocational school for people with learning disabilities, Feng initially found the bakery training difficult.

During his first lesson, he collapsed on the floor and screamed. After the second lesson, Wu discovered that he plucked all his eyebrows because he was bored.

“I tried to use his special interests in numbers and the subway to persist,” Wu recalled.

Feng can remember a car plate number at a glance, as well as every station and table in the city’s complex subway network. It can quickly calculate the fastest subway route and travel time accurately.

“If there is no subway malfunction, Feng is an extremely punctual person – neither early nor late, but exactly on time,” Wu said.

It took two hours by subway from Feng’s house at Lake Dishui in the Lingang area of ​​Pudong to the training center on the outskirts of Minhang. The torturous journey for others was a happy journey for Feng.

Feng Xian with his mother at the cafe where he works, holding a box of handicrafts he made during the city’s COVID-19 lockdown.

“I told him that as long as he can insist, he will be allowed to transfer between as many lines as he wants,” Wu said.

Feng quickly got used to the training classes and his interest and flair for baking was evident.

His great memory allowed him to master all the steps of different baking, while his precision with numbers allowed him to control the cooking time and heat, according to Feng’s master, who offers personalized advice.

“He’s just easygoing and can go through the proceedings like normal students,” the master said.

Feng passed the final exam at the training center by baking chocolate cookies last year and earned the dim sum chef certificate with his seven classmates. But their internship plans have been postponed by the resurgence of COVID-19 until recently.

At the end of a training course, Feng baked several nut muffins and brought them back to his mother, which came as a pleasant surprise for Wu.

“I once assumed that Feng should spend his life at home, but now I think he can gradually get involved in society,” Wu said.

China has more than 10 million people with autism, some of whom can find jobs and be self-sufficient through vocational training and education, according to the foundation.

The temple first invited a group of autistic teenagers to spend a week there learning about traditional Chinese culture and chatting with the monks.

The shy children enjoyed the atmosphere and even befriended the monks, inspiring the temple to start the training program.

Additional training sessions will be launched for local autistic youth, including barista, coffee making and crafting “intangible cultural heritages”, according to the foundation.

Feng Xiao makes handicrafts with a customer during a coffee shop show.