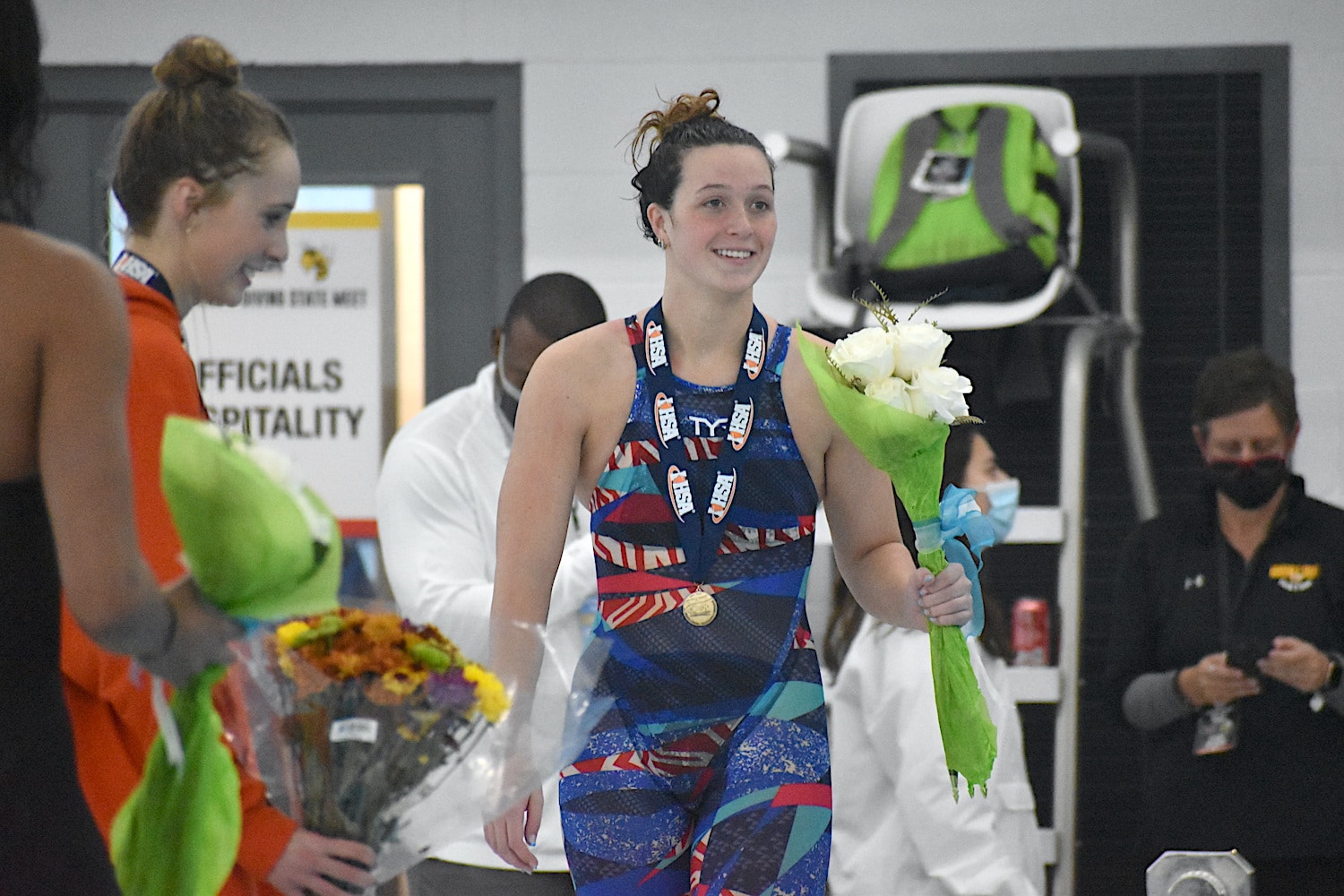 Kaelyn Gridley is a 2022 graduate of New Trier High School which holds the state record for the 100-meter breaststroke and will attend Duke University in the fall.

1. Do you have any rituals or superstitions before swimming or before the meet?

Overall, I think the academic and athletic balance is insane at Duke. Also, when I went for a few zooms with the team, I got to talk to a group of people who go there and it was the only school that felt like family. I knew I was going to have fun there. … The campus felt like home. I love everyone there. With good teammates, you can handle just about anything.

I would be like an astronaut or something like that. Getting out and exploring space would be cool, but it’s less realistic. I’m not going to study this or anything.

4. What is your favorite activity outside the pool?

I like spending time with my friends and relaxing at home. But I really like to cook and during quarantine I started baking a lot of cookies and made homemade cakes. These chocolate chip cookies that have an Oreo hidden inside have become my favorite thing to bake. I prepare them for my friends or teammates.

5. What is the best advice you have received?

I would say the best advice was given to me by my first swim coach (Matt Zachan) when I started swimming competitively. I remember he always said, “If you have a path, you have a chance. … The mentality was that he was all-in, and he passed that on to the next swim coaches. At the pre-state dinner, he was giving a talk and saying no matter what, anyone could do anything at this meeting.

6. If you could do any other sport, what would it be?

I would like to be a skier or a snowboarder because I think the sport itself is so cool. I’m definitely not coordinated enough for that, but what they do is so cool.

7. What do you hope to accomplish as a Duke swimmer?

I would say that when it comes to swimming, I absolutely want to compete in the NCAAs (national championships) at least once. Overall, I just want to swim well in college, but I also want to have a good community on the team. That’s my main goal – to be able to balance the sport and when I’m sad or something like that, to have people to lean on and learn from. Overall just being able to grow as a swimmer and as a person.

8. If you’re at Walgreens with a few dollars, what do you buy?

Probably Chapstick and some kind of candy, chocolate or something. Probably like Milk Duds. They are terrible for my teeth, but definitely what I would get.

9. What don’t people know about you?

I really have double-jointed elbows, so every time I yawn or stretch or something, my elbow bends all the way back and people start freaking out.

10. What is your fondest memory of swimming at New Trier?

There are so many. I love high school season. Probably my favorite memory is of this practice where divers would throw gummy bears into the pool and go diving to catch them, but (swimmers) would sneak up and grab the gummy bears and pick them up and eat them. Tried the tradition again this year and just as I released them the trainer yelled that there were no gummy bears in the pool.

The Record is a non-profit, non-partisan community newsroom that relies on reader support to fuel its independent local journalism.

Subscribe to The Record to fund responsible media coverage for your community.

Already subscribed? You can make a tax-deductible donation at any time.

Metal strapping machine market is growing at a phenomenal rate