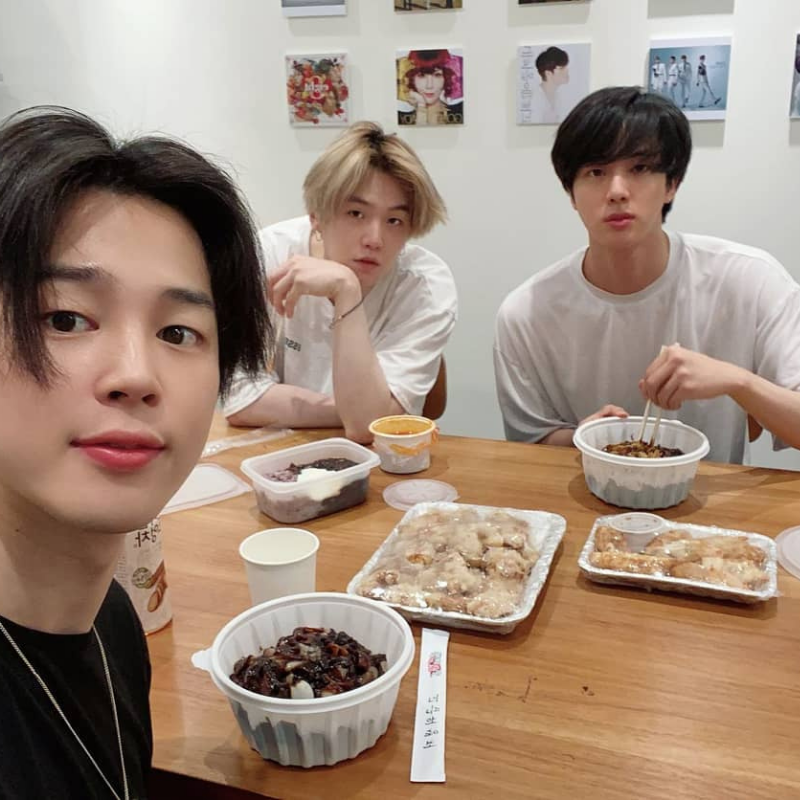 All the favorite foods of K-pop idols

Everything Korean has caught the world’s attention, just like everything Korean artists do. Whether it’s music, fashion, movies, beauty products or food, fans all over the world are always curious to find out more.

One of the things that interest K-pop fans are the foods their idols love. So much that mukbang, a South Korean live show where viewers watch hosts consume large amounts of food, has become a global trend on social media.

Some of the favorite foods of K-pop idols

Gopchang is the gut of cattle. Singer-songwriter Hwasa is a fan of anything that has this ingredient in – grilled meats gopchang To gopchang fried rice, she loves them all.

Her fans pay close attention to her love for Gopchang and follow her preferences. She is nicknamed “Gopchang Goddess” which she earned after having dinner on the reality show I live alone, where his love for gopchang was obvious.

Here is how you can prepare it.

Jin, a member of BTS, not only cooks well, but also enjoys food like a true gourmet. One item that tops her list of favorites is Korean fried chicken.

Meanwhile, RM, who is the frontman of the K-pop group, and fellow singer Jungkook have a sweet tooth. Rapper J-Hope’s favorites are japchae (fine glass noodles). According to reports, other K-pop idols who love fried chicken are THE BOYZ’s Hyunjae, Highlight’s Doojoon, SHINee’s Onew, and EXO’s Kai.

You can also prepare the delicacy using this recipe.

Ganjang gejang, or fermented raw crab cooked with soy sauce, is BTS member V’s favorite, he revealed in a conversation with Hanako magazine. The dish is usually served with rice and spicy Kimchi.

The dish is also one of J-Hope’s favorites. Reports suggest K-pop icon Hwasa also likes ganjang gejang and has it with kim bugak, or seaweed crackers.

Want to try ganjang gejang? Here is the recipe.

Those Who Watched Netflix’s Most Watched Show Squid games will be familiar with this popular Korean street food. These sautéed rice cakes, coated in a sweet and spicy red sauce, can be eaten on their own or served with eggs and fish cakes.

Tteokbokki, would be a favorite among K-pop stars like Solar from MAMAMOO, Mei Qi from Cosmic Girls, Yuto from PENTAGON, Joshua from SEVENTEEN, Taeyang from SF9 and Jeongyeon from TWICE.

Here is how you can prepare the dish.

Another favorite among K-pop idols is tonkatsu, a Japanese pork chop coated in panko breadcrumbs and then deep-fried. You can also replace the pork with beef or chicken. The delicious dish is usually accompanied by shredded cabbage and garnished with a savory sauce.

According to reports, stars who love to eat Tonkatsu are Jimin from BTS, Chanyeol from EXO and Tzuyu from TWICE.

Find here the recipe for the essential dish.

Here is how you can do it.

On the JTBC show Girls who eat well, singer Tzuyu revealed her favorite childhood snack. As it turned out, the snack was nothing more than a mixture of crumbled cookies with rice. Quite a chalk and cheese, she confessed that the combination tastes delicious.

What could be better than sipping a hot stew on a cold day? Many K-pop artists will approve of it too. The best thing about stews – they come in different varieties, from Kimchi (marinated and fermented vegetables) bean paste stew stew.

Apparently the dish is a favorite with Bomi from Apink, Kihyun from MONSTA X, Yongguk from JBJ, Eunkwang from BTOB, L from INFINITE and Lisa from BLACKPINK.

Want to try a stew at home? Find out how to prepare Korean soybean paste stew.

Molly Yeh Panics About Ranch Egg Salad, “You Need It In Your Life”